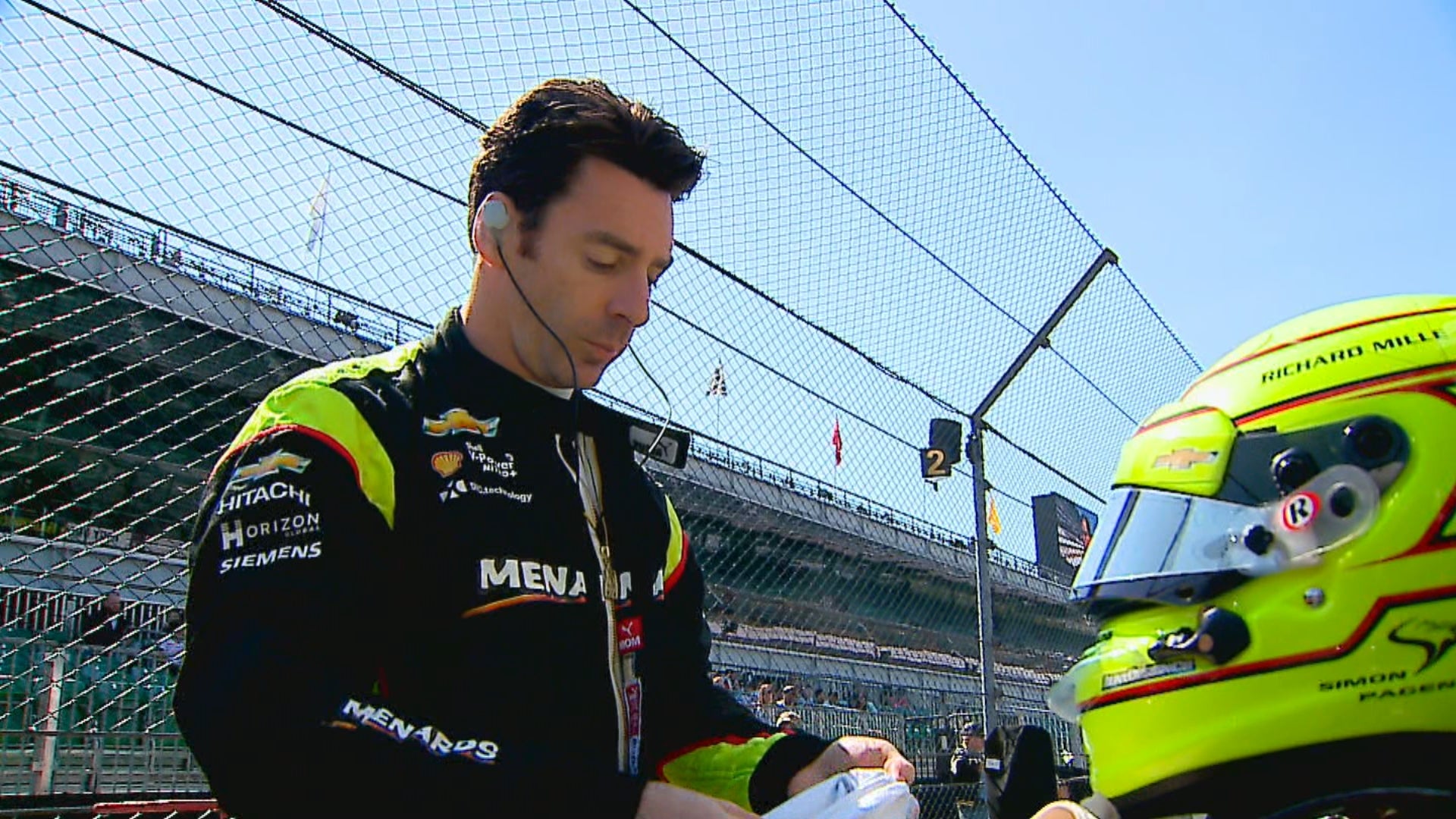 INDIANAPOLIS (WISH) — After going more than a year without a victory, Simon Pagenaud started out the month of May on the highest of notes: winning the IndyCar Grand Prix.

However, his focus has shifted to the greatest spectacle in racing.

“Well, it’s a very different mentality here at the (Indianapolis Motor) Speedway than it was at the Indy Grand Prix. It’s just a very different set of skills that you need to have obviously. At the Grand Prix, it’s about braking late, accelerating early, muscling the car around. Here, it’s a lot more about flowing speed and understanding traffic and timing,” Pagenaud said.

You may have caught WISH-TV driver analyst Graham Rahal on “SportsLocker” on Sunday. Notice anything strange?

“Simon was on, you know, he was on a charge. Simon and I restarted together and he was just on a charge, and the setup was really strong,” Rahal said.

Driver Helio Castroneves said, “I used to joke around Simon but obviously, Simone, it’s kind of like a women’s name. So, you know, I stopped doing that, obviously, but Simon is the right one.”

Driver Will Power said, “Oh, his name is, well, I call him Simon but his name is Simon. I mean, ’cause that’s how the French say it. He’s always been Simon, he introduces himself as Simon.”

Drive Max Chilton said, “Well, I haven’t heard about the debate. I call him Simon Pagenaud. That’s how I call him.”

So what is it?! Simon? Simon? The best way to settle this debate is to go straight to the source!