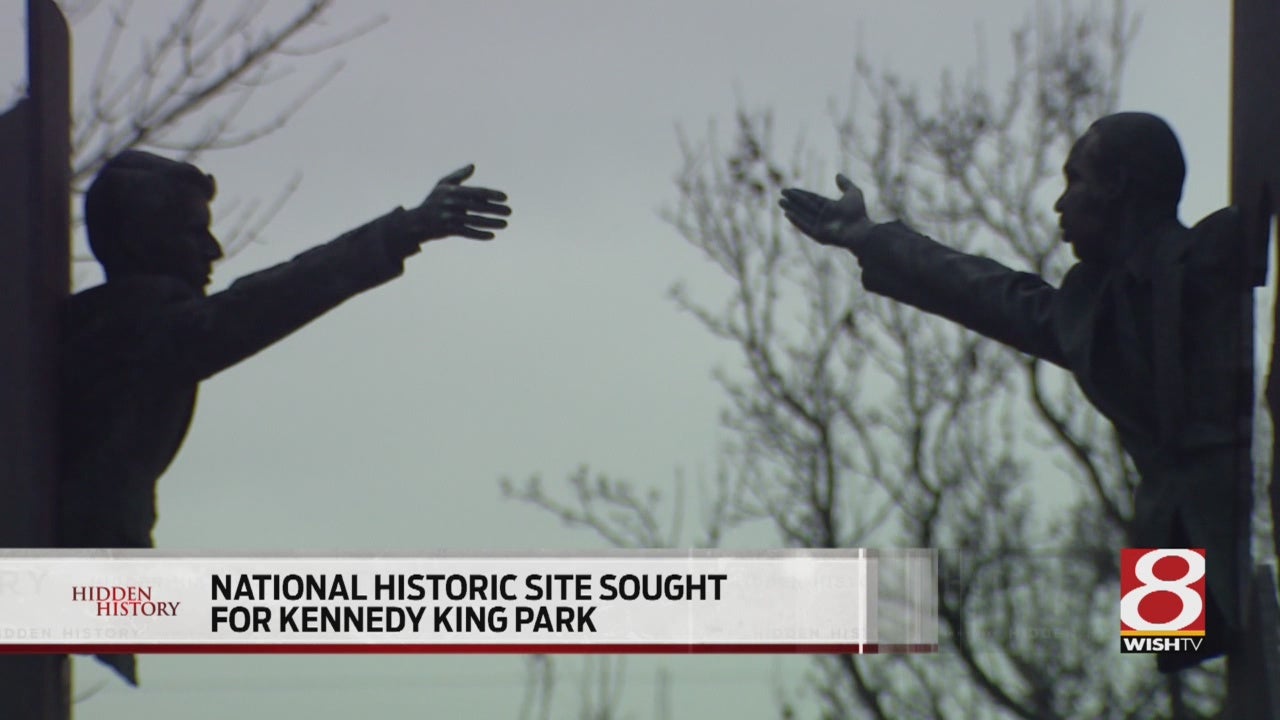 It was April 4, 1968, and Robert F. Kennedy — who was a presidential candidate at the time — was scheduled to give a speech on 17th and Broadway streets.

However, before he uttered one word, news came down that Dr. Martin Luther King Jr. had been assassinated.

“I was bitter; it was the ruthless killing of a man; everything he did was about postivity,” said Osborne.

Handlers urged Kennedy not to speak, but he did. Kennedy broke the news to the crowd on King’s assassination.

Those in attendance gasped.

Kennedy went on to speak and calmed the crowd.

Riots broke out in other major cities as people learned about King’s death.

Indianapolis didn’t have that problem.

“Robert Kennedy calmed us down over there. It was vibrant; he had so much positivity in it,” said Osborne.

Kennedy was assassinated on June 5, 1968, in Los Angeles.

Indiana has cemented the speech in Hoosier history with a landmark and memorial sculpture of Dr. Martin Luther King Jr. and Robert F. Kennedy.

The move has received support from the entire Indiana congressional delegation, including Sens. Joe Donnelly and Todd Young and Reps. Andre Carson and Susan Brooks to name a few.

If approved, the designation will increase the visibility of the memorial and provide the park with certain protections.

“It makes me feel good,” said Osborne. “That day made history.”