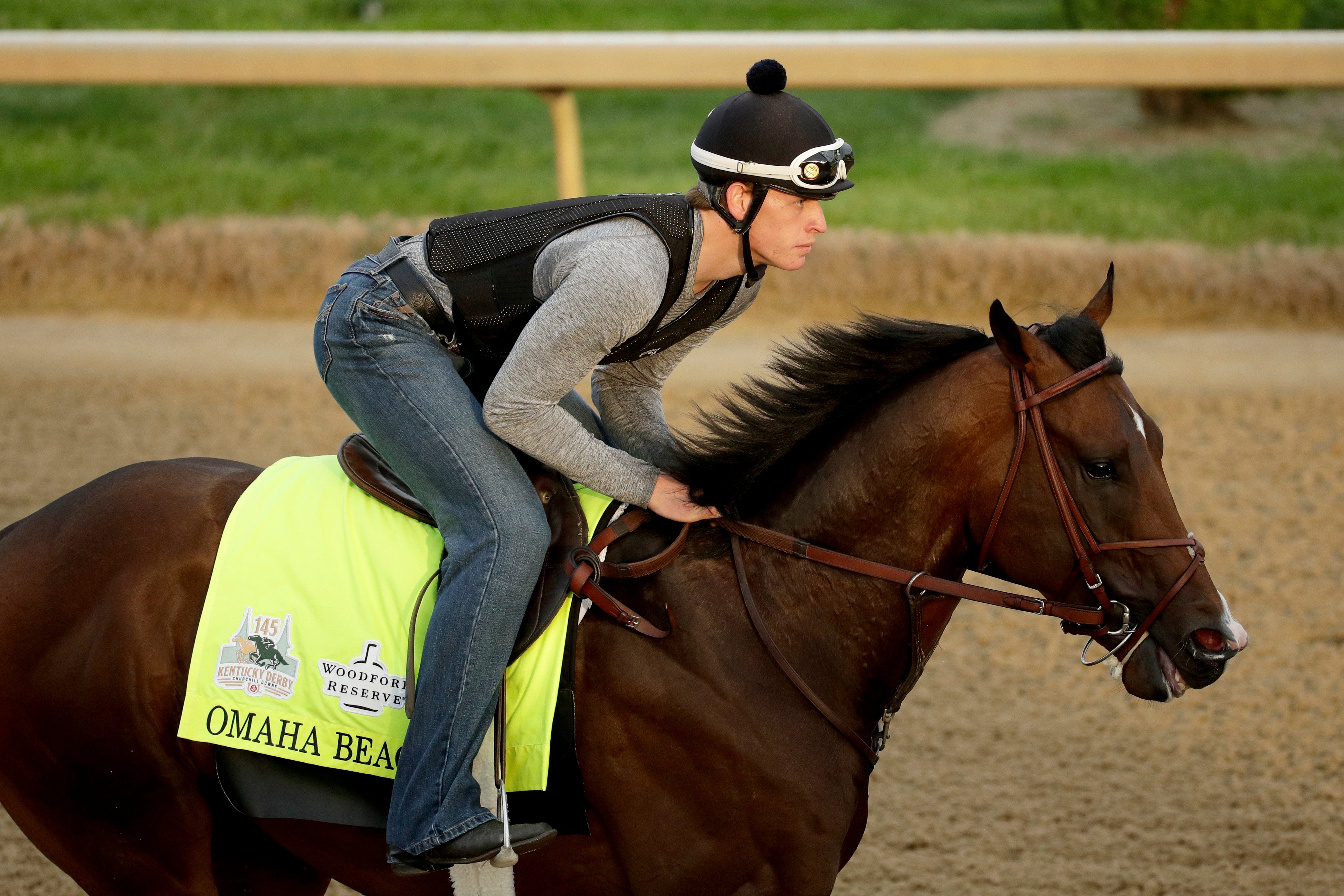 LOUISVILLE, Ky. (AP) — Favorite Omaha Beach was scratched from the Kentucky Derby because of a breathing problem Wednesday night.

Trainer Richard Mandella told The Associated Press the colt developed a cough and a subsequent veterinary exam showed Omaha Beach has an entrapped epiglottis. It’s generally not life- or career-threatening and is typically corrected with minor surgery.

Omaha Beach was made the 4-1 early favorite for Saturday’s 145th Derby. His defection leaves a pair of Hall of Famers on the sidelines — Mandella and jockey Mike Smith.

“It’s been a devastating thing, but we have to do what’s right for the horse,” said Mandella, who has never won the Derby.

The colt galloped Wednesday morning without any problem and Mandella said everything was fine.

But that changed by late afternoon when the exam showed the cough was more than a minor irritation.

The role of likely favorite now falls to Game Winner, who was the 5-1 second choice. Omaha Beach’s scratch moves Bodexpress into the field in the No. 20 post.