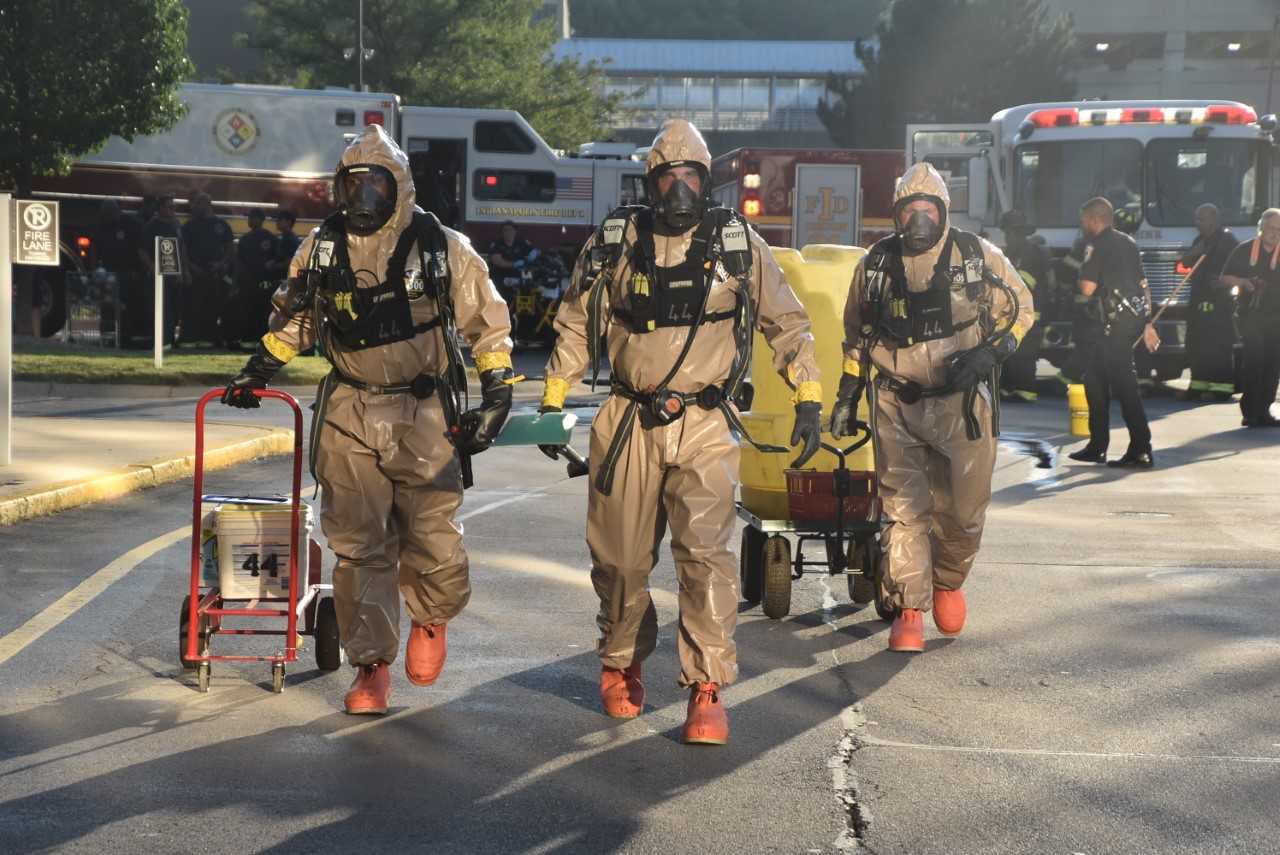 INDIANAPOLIS (WISH) — Officials with the Indianapolis Fire Department are investigating following a reported chemical spill on the city’s northeast side.

Units were dispatched out around 6:30 p.m. to the Sheraton Indianapolis Hotel in the 8700 block of Keystone Crossing.

Upon arrival, fire officials saw the evacuation of the hotel’s first and second floor before locating the source of the spill in hotel’s laundry room. Inside, they located a plastic container with about 12 gallons of liquid organic peroxide. One gallon of the product had been spilled. The container had begun to show signs of gassing and had been weakened.

It is believed the contamination occurred when the container pump for bleach was placed into the container of organic peroxide. When mixed together, the two create chlorine gas — which produced an odor and prompted the evacuation.