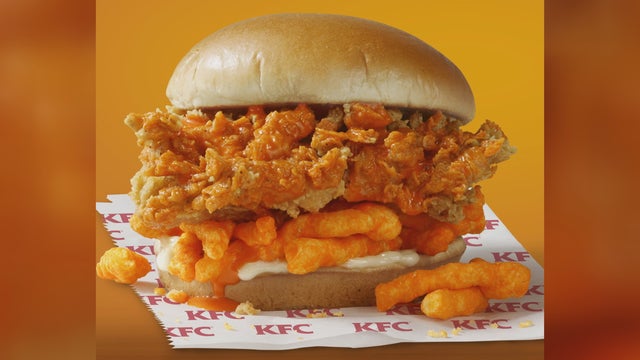 The special sandwich is currently being tested in several states including Virginia, the Carolinas, and Georgia.

Here’s a little breakdown of the Cheetos Sandwich — hand-breaded Extra Cripsy chicken filet coated with “special Cheetos” sauce, placed on a toasted bun, then loaded with mayo and a layer of crunchy Cheetos.

A KFC spokesperson described the sandwich as a “blast of craveable Cheetos in every bite.”

Don’t worry — officials say although the sandwich is only being tested in limited markets, if it receives enough positive attention, there could be a nationwide rollout in the future.