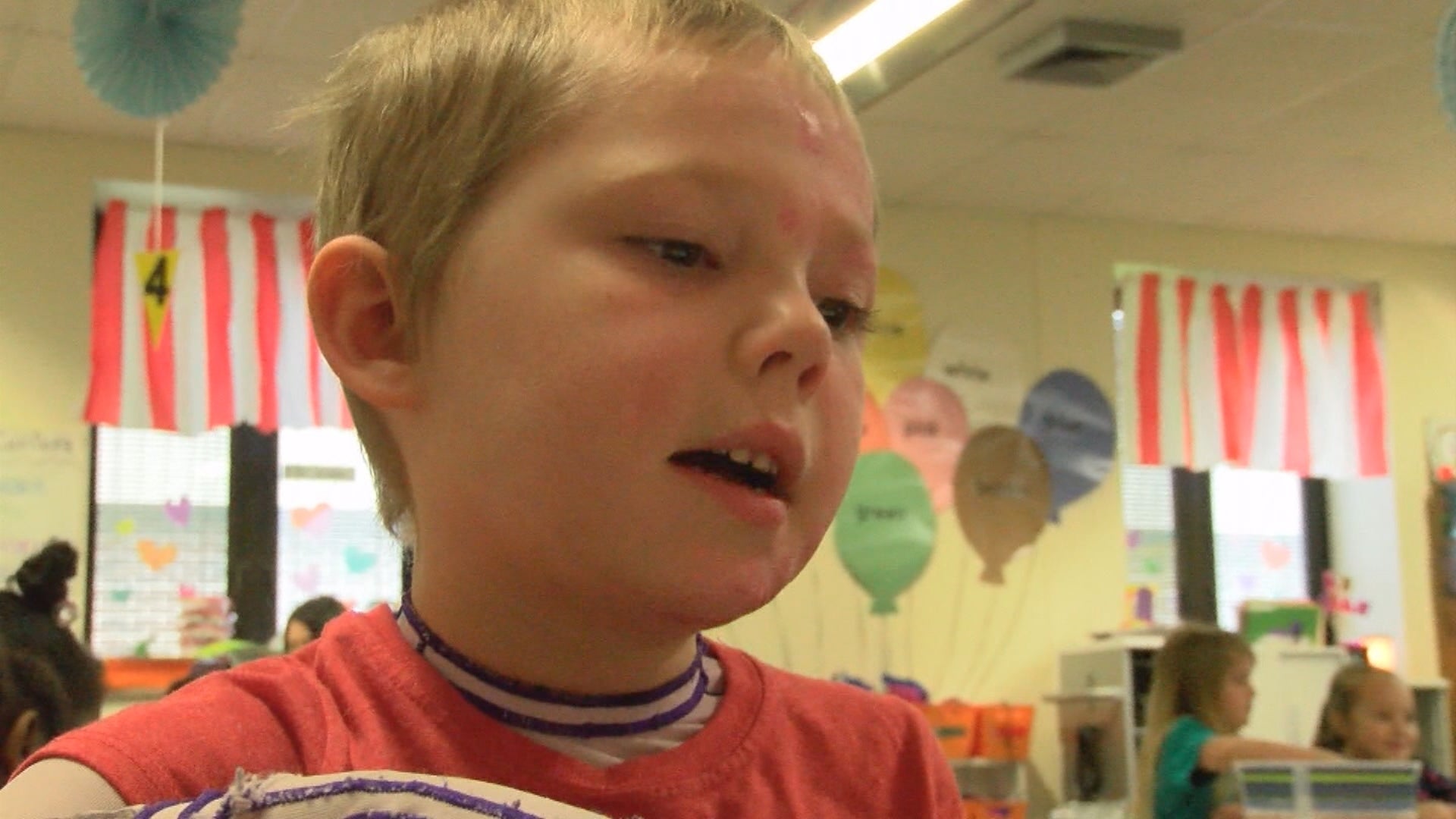 LAFAYETTE, Ind. (WLFI) – A 6-year-old is back at school after a tragic fire burned through her father’s home.

WLFI was at the fire in December at the Twyckenham Apartment complex.

Kenzie Mosgrove returned to her kindergarten classroom at Edgelea Elementary School on April 3, about four months after she suffered burns to more than 60% of her body.

“I was happy I was back,” Kenzie said about that day.

“A lot of the kids would ask where she was,” said Stephanie Haan, Kenzie’s teacher. “When she was gone you could definitely tell there was just something missing in our classroom.”

While Kenzie’s classmates notice her struggles, they’re very optimistic about her recovery.

“Her voice sounds the same, but her hair isn’t long, but, yeah, it’ll grow, and her boo-boos right here will go away,” Kenzie’s classmates “Braelee” and “Mason” said.

Kenzie is getting back into her routine at school, and Haan said her peers are eager to help.

“She has a cushion on her seat, so they’ll go get it if we’re switching for center and they’ll just put it on the seat at the next center, or just grab her pencil for her or help her get her iPad or writing journal,” Haan said. “It’s been hard for her I would say. But, she’s doing her absolute best, and we’re all there to help her.”

In the end, Kenzie is a regular kid with regular problems.

“I play with my little sister and sometimes she messed up my things and I don’t want her to,” Kenzie said. “Sometimes she takes my toys that I got from Riley!”

You may remember Riley the bear that took Kenzie’s place at school during the months that she was in the hospital would travel from different classrooms and even on field trips with Kenzie’s class.

Kenzie told WLFI that Riley is home with her in her big fuzzy chair in her bedroom.