Kiritsis’ hostage details being held captive for 63 hours in 1977 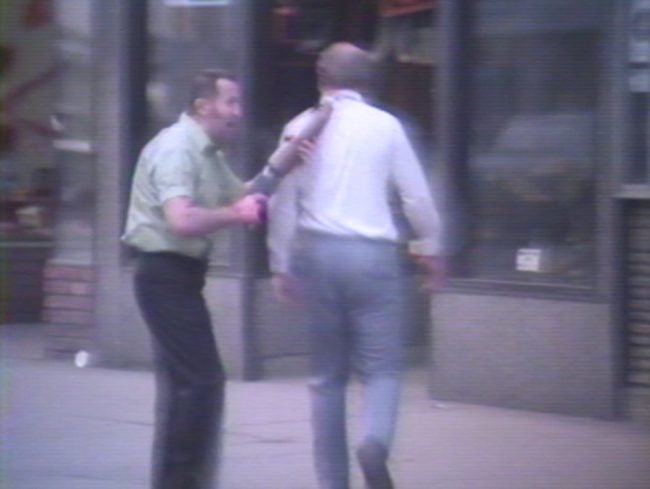 INDIANAPOLIS (WISH) — Living to tell, 40 years after being taken at gunpoint and held hostage for three days, a survivor is finally telling his story.

Richard Hall spoke publicly for the very first time on Wednesday. He talked about being forced into his attacker, Tony Kiritsis’ apartment, where he was pistol whipped. Hall said he even bonded with Kiritsis.

Hall held a news conference in the lobby of Emmis Communications, which houses WIBC 93.1 FM. WIBC is significant because on the day of the attack, Kiritsis contacted WIBC journalist Fred Heckman to let him know of the hostage situation. Heckman inadvertently became somewhat of a hostage negotiator for the FBI. Hall gives credit, in part, to Heckman for saving his life.

Four decades ago, Hall was thrust into the spotlight. It was a stage he never asked to be on.

On Wednesday, Hall stepped onto a much different stage. At 82-years old, he decided it’s time to tell his story.

“My son said, ‘Dad, I don’t want people to think you’re a wimp. I want them to…why can’t you tell your story,’” said Hall.

Speaking on WIBC and then in the lobby of Emmis Communications, he finally opened up.

The nightmare began on February 8, 1977 when police say Tony Kiritsis stormed into Meridian Mortgage off East Market Street near Monument Circle. Hall was a mortgage executive there. Kiritsis blames Hall after defaulting on his loan. But that wasn’t their first encounter.

“I dealt with Kiritsis for five years. He had been in 40-50 times seeking advice,” Hall remembered.

This time was different however. In his office, Kiritsis used wire to attach a shotgun to Hall’s neck. As cameras rolled and people at home watched in horror, Kiritsis forced him around downtown with the gun pointed at the back of his head. Kiritsis stole a police car and took Hall to his Speedway Apartment. The apartment is where they would spend the next 63 hours.

“I got to point where he became a little unmanageable. He pistol whipped me with a revolver a couple of times. When I raised an objection too much,” he recalled.

But it wasn’t tense the whole time. Hall witnessed Kiritsis’ softer side.

“We were kind of buddy, buddy. He told me some of his life story. He teared up sometimes talking about his mother,” said Hall.

Eventually, after negotiating with police, Kiritsis let Hall go. Now, 40 years later, Hall is letting go, with the help of his memoir, “Kiritsis and Me: Enduring 63 Hours at Gunpoint.” It was released on the 40 year anniversary and details Hall’s horrific experience.

A jury found Kiritsis not guilty by reason of insanity. He spent 10 years on a mental health facility. Kiritsis died in 2005.