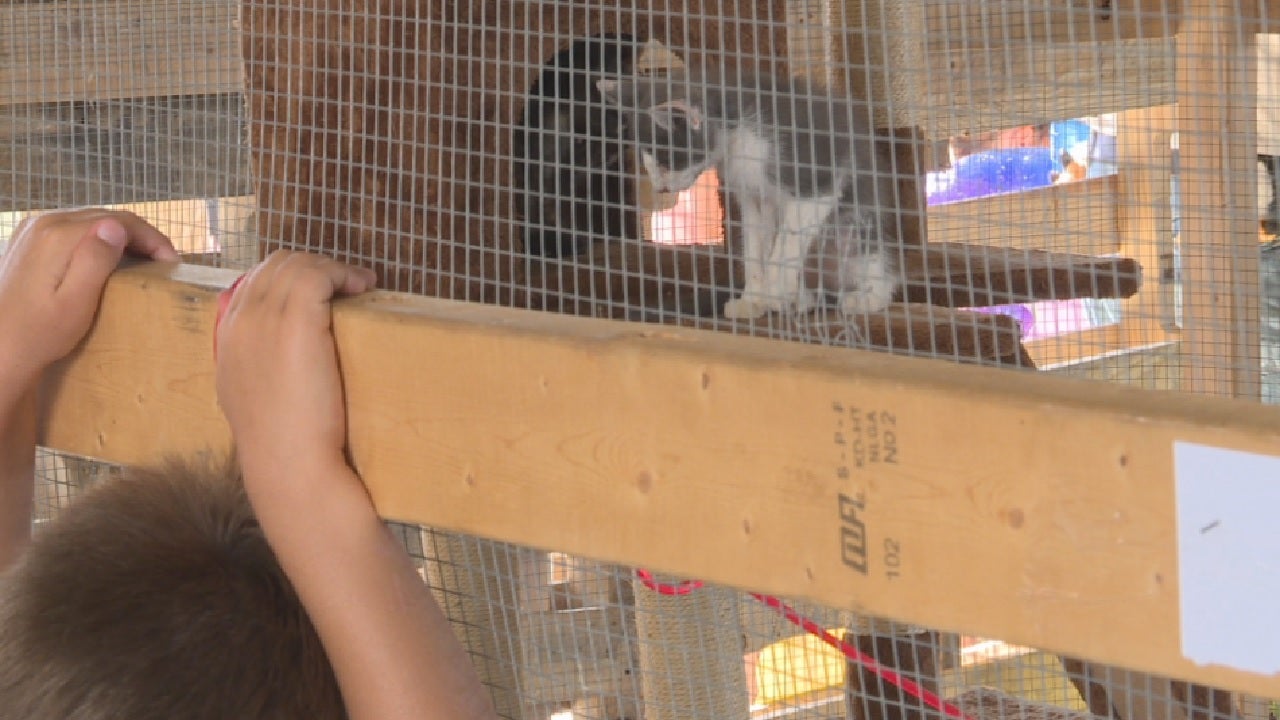 Fair board members denied claims of animal mistreatment but confirmed two kittens in their petting barn had been diagnosed with a viral herpes infection.

“We’re treating every single one of the animals, whether they need it or not,” board member Linda Myers told News 8. “We’ve cleaned the eyes out. We’ve consulted with our veterinarians here in the county. They gave us medicine and we’re treating them twice a day on a daily basis.”

At least one of the infected kittens appeared to be interacting with children Wednesday evening in the petting area.

The feline herpesvirus is “highly contagious” among cats, according to experts, but cannot be contracted by humans or dogs.

“I interact with them every day and they seem happy and healthy,” said Adam Newkirk. “Animals are our livelihood so we do not want to hurt them in any way.”

The kittens were delivered to the fairgrounds Sunday from “reputable” farms in Jackson County, according to Myers.

Within a day, volunteers had noticed “potential eye problems” in two kittens and called for veterinarians, she said.

Feline herpesvirus vaccinations are recommended for kittens at least eight weeks old. Fair kittens were too young to be vaccinated, Myers said.

All petting barn kittens — healthy and infected — will be available for adoption Saturday at 10 a.m.

“We will give the new owner a packet that says how they can continue to treat the eye problem,” Myers told News 8. “With treatment, it will be gone in about two weeks.”

The Jackson County Fair is not giving away sick or malnourished kittens as fair prizes, according to the board.