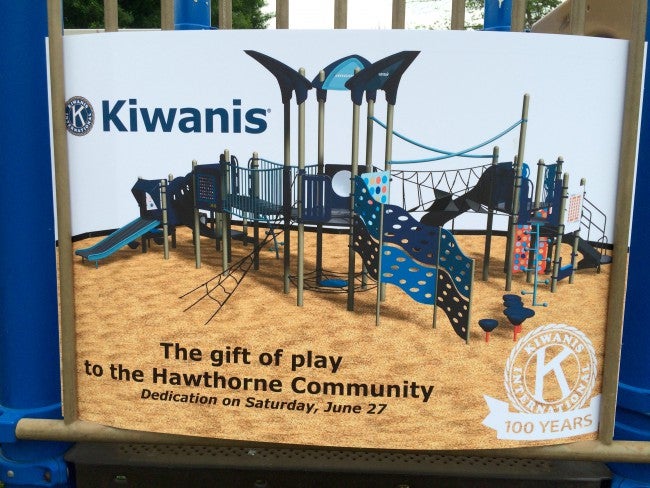 INDIANAPOLIS (WISH) – Children on Indianapolis’ west side will soon have a new place to play, grow, and learn.

Construction began Monday on a new Indy Parks playground at Hawthorne Park. Children from the Hawthorne Center, members from the local Kiwanis club and Indy Parks representatives were at a groundbreaking Monday morning.

The new playground will be near the Hawthorne Center for Working Families in the 2400 block of West Washington Street.

Most of the $125,000 needed for the new playground was donated by the Downtown Kiwanis Club.

The organization had very specific reasons for selecting the city’s west side for the site of the new playground.

“It was because of the commitment that the citizens of the neighborhood had to making their neighborhood a better place, to really revitalizing the community, to growing and strengthening not only in their neighborhood, but within Indianapolis as a whole,” Trena Roudebush, Indiana District Commemorative Playground Chairman of Kiwanis International, said.

The playground is expected to be ready by June 27. A ceremony to open the new play area is planned for then.