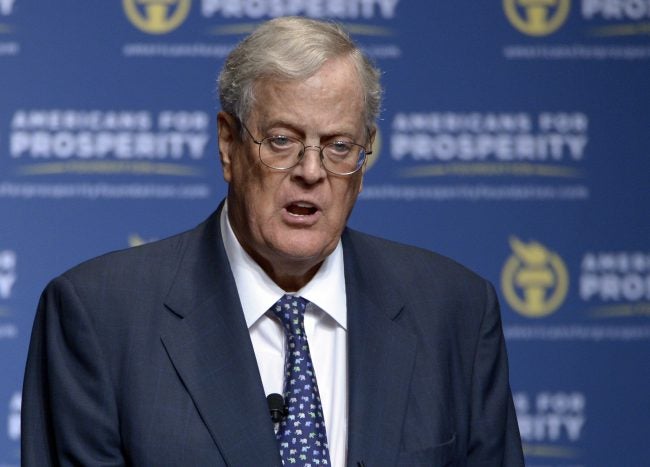 INDIAN WELLS, Calif. (AP) – The Koch network is condemning President Donald Trump’s immigration crackdown as “the wrong approach” in a statement that underscores the delicate balance that even the most powerful conservative groups are trying to strike in the early days of the Trump administration.

Billionaire industrialists Charles and David Koch refused to support Trump’s candidacy last fall. But they now see a once-in-a-lifetime opportunity to influence the White House and the Republican-controlled Congress. Their optimism is fueled by strong relationships inside the administration, despite their vow to oppose Trump’s policies if they deviate from the Koch brothers’ conservative priorities.

The dynamic was on display in the California desert this weekend, where more than 550 Koch donors gathered at a luxury hotel for a semi-annual conference.