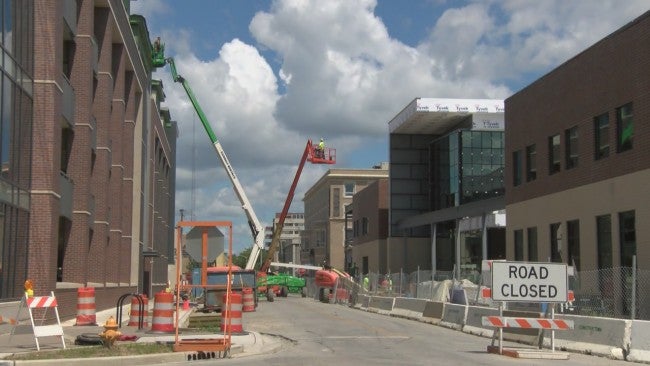 INDIANAPOLIS (WISH) – An Indianapolis based manufacturer plans to re-purpose an old manufacturing plant in Kokomo.

Saran Industries will be moving into the lot that has remained vacant since 2008.

By the end of 2015, the dormant property will see new light. Before the 250,000 square-foot facility re-opens, $4.4 million will go towards renovating it.

The Indiana Economic Development Corporation offered the company up to $500,000 in conditional tax credits based on the company’s job creation plans. These tax credits are performance based meaning, the company will not be eligible to claim incentives until Hoosiers are hired.

The above combination is music to City Mayor Greg Goodnight’s ears.

“The City of Kokomo has been working with Saran on this investment for several months,” said Goodnight.

Michael Sandel from Indianapolis just accepted the role as plant manager. He begins next week, moving his whole family to join him on this new employment venture.

“Anything that happens inside these walls will be my responsibility. No pressure, right? There will be some but all worth it,” said Sadel.

Job seekers should click here to see job openings at the new facility.