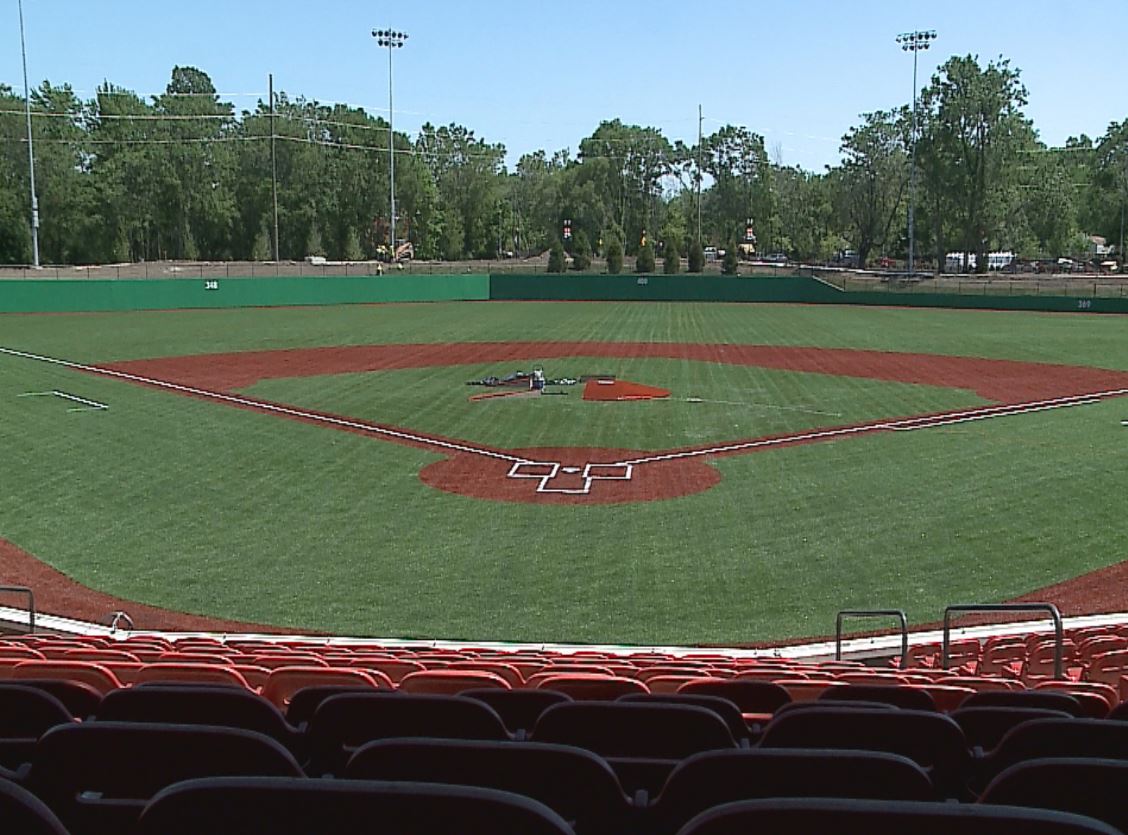 KOKOMO, Ind. (WISH) — For the first time in decades, Kokomo has its own baseball team.

The Kokomo Jackrabbits will host its home opener this Saturday.

But the stadium where they’ll play is marred with controversy.

At one point, the federal government sued the city and threatened to cut federal funds for the entire state because of the project.

The city changed some of the designs and the stadium is almost ready for baseball.

“We’re incredibly excited about this. The community has rallied around this project,” said David Tharp, the Development Specialist for Kokomo.

The stadium is years in the making and its nearly 4,000 seats have been controversial from the beginning.

“To be honest, it was about 99 percent politics and 1 percent policy,” said Kokomo mayor Greg Goodnight.

The stadium is built in a flood plain. And the federal government said the stadium could make problems worse. FEMA threatened to withhold over $6 million from the state because of it.

“The parcels that there was concern about were less than one half of 1 percent of the entire project.

When the city accepted a federal flood mitigation grant, it agreed to keep the area as open space.

Mayor Goodnight says the grant allowed them to build a ball field.

After the lawsuits, the city redesigned parts of the project.

Residents said they are ready for some games.

“I’m going to check some out, take my sons and my daughter out to see some of the games,” said Jamar Tyler, who lives behind the stadium.

The city is building the stadium, but under an agreement with the owners of the Jackrabbits, the team is leasing the space from the city, and paying for maintenance.

Depending on ticket sales, the agreement could net the city an extra $100,000 per year.

“We are extremely excited in City Hall and I think folks across Kokomo are very excited about watching the Jackrabbits’ Opening Day,” said Tharp.