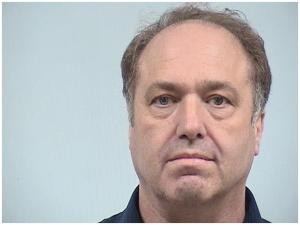 WARSAW, Ind. (WANE) — The acting sheriff of Kosciusko County will stand trial this week for criminal charges that include bribery and assisting a criminal.

Aaron Rovenstine, elected sheriff for a second term in 2014 after serving eight years from 1998 through 2006, was indicted nearly a year ago on 10 felony counts – five for official misconduct, three for bribery, one for intimidation and one for assisting a criminal.

According to charging information filed in Kosciusko Circuit Court, Rovenstine accepted some $40,000 in exchange for granting special privileges to an inmate at Kosciusko County Jail – Kevin Bronson – and a visitor to the jail – Mark Soto. Both Bronson and Soto were indicted with Rovenstine.

Rovenstine also allegedly threatened a law enforcement officer for investigating “the conduct of Kevin Bronson while Kevin Bronson was incarcerated at the Kosciusko County Jail,” and permitted unrecorded calls and visits between Soto and Bronson “with the intent to hinder the punishment of Kevin Bronson,” according to the charging information.

Soto, a professor of theological studies at Grace College, faces three charges each of corrupt business influence and intimidation. He was booked into the Marshall County Jail. He has been placed on administrative leave, according to a spokeswoman for Grace College.

Bronson is a high-skilled martial artist who has black belts in 23 different martial arts and has been inducted into the United States Martial Arts Hall of Fame at least twice, according to court documents. He was convicted in 2014 of cocaine possession, faces three charges of felony corrupt business influence and seven charges of felony intimidation. He has been jailed in Marshall County on a cocaine case. Chipman was appointed special prosecutor on that case as well.

Charging information alleges Bronson and Soto threatened numerous people for cash or support of a movie-making front, Young Dragon Enterprises. Court documents claim Bronson and Soto forced one person to provide legal services without payment in order to secure contracts for movies and books. Another person named in the indictment claims the two men forced him to pay more than $84,000 to Young Dragon Enterprises.

Bronson is accused of threatening at least four other men for various things like kickbacks from a company and free dental work. The charging information also alleges Bronson was connected to the Aryan Brotherhood.

Rovenstine has remained county sheriff as the case has moved toward trial over the last year. In November, an Elkhart Superior Court judge rejected a request by prosecutors to move Rovenstine’s trial after a test jury process determined an impartial jury could be seated.

Inside INdiana Business / 36 seconds ago