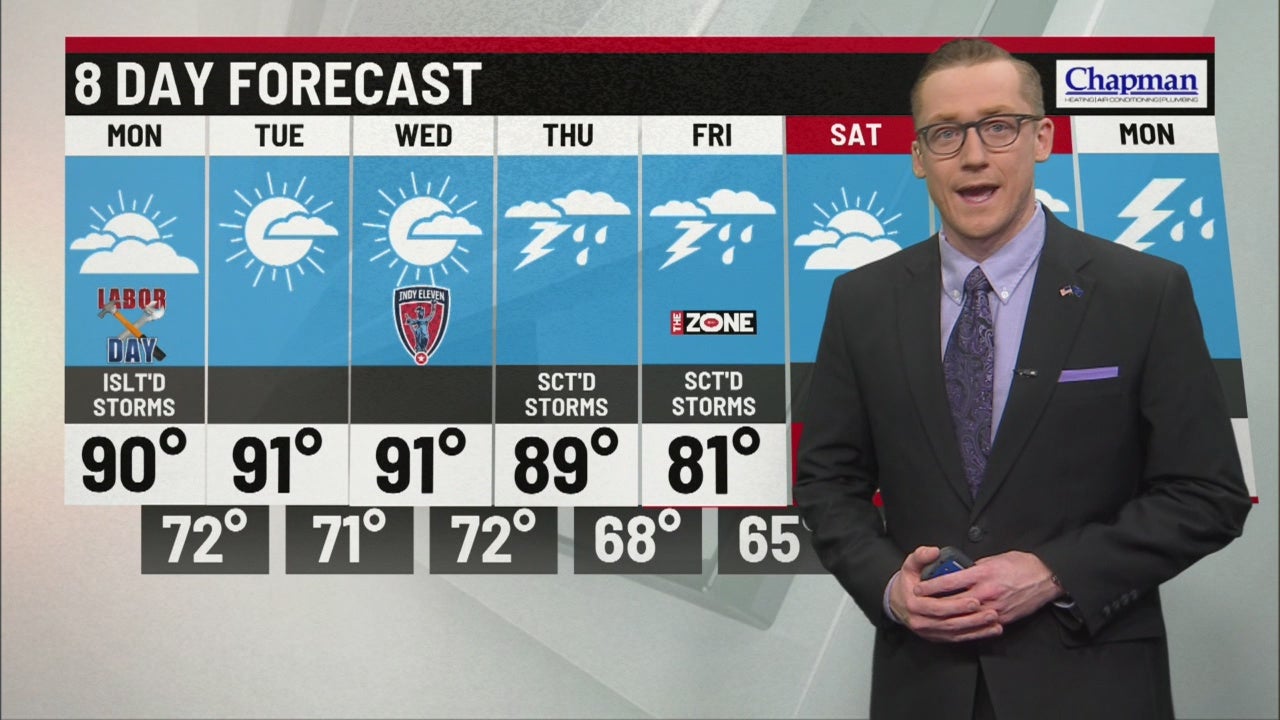 With little rain across the area, high temperatures managed to sneak into the low 90s for the 31st time this year.

Later this evening, expect a mix of clouds and clear skies with just a slim chance for a rogue thunderstorm.

Temperatures will slowly sink into the upper 70s before midnight.

Expect a mostly uneventful, mild and muggy overnight with lows bottoming out in the upper 60s and low 70s by Labor Day morning.

We’re keeping tabs on the tropics tonight as they appear set to explode in the coming days. Our newest concern will be potential tropical cyclone seven, soon to be Tropical Storm Gordon.

This storm will move into open gulf waters in the coming days and head towards the US Gulf Coast by mid-week. If you have any plans to travel between E. Texas and the Alabama gulf coast, be aware, a nasty storm may await you as early as late Tuesday. This storm could also potentially impact us, but not until late next weekend or early NEXT week.

If you have the day off Monday and plan on heading outdoors, you can expect the heat streak to continue under mostly sunny skies.

Outside of a slim chance for a rain shower, highs will top the low 90s with heat indices in the mid to upper 90s tomorrow afternoon!

Better rain chances will return by the second half of the week and will continue into next weekend.

With more clouds and wet weather, temps will finally trend downward with highs at or below average again by the end of this upcoming work week.

If you have plans to head to high school football games or the Colts’ home opener next weekend, make sure to keep the rain gear close-by with scattered shower chances.