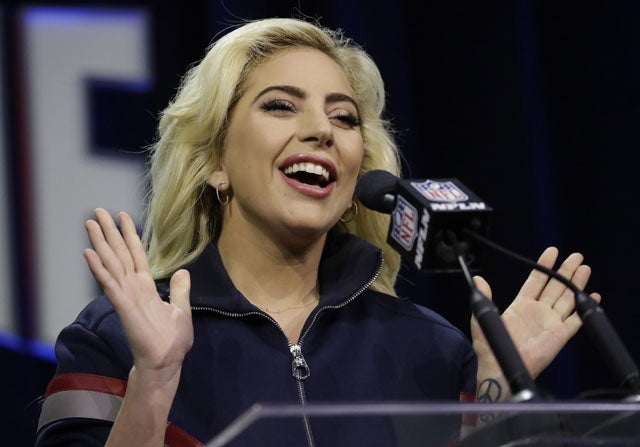 HOUSTON (NEXSTAR) — Lady Gaga is the first performer to sing the national anthem at the Super Bowl and then immediately turn around and become the halftime show performer the following year.

Gaga was asked to reveal details about her performance during Thursday’s press conference, but she was adamant about keeping it all a secret.

We’ll have to wait until Sunday to find out exactly what is in store, but multiple sources are reporting that her performance will incorporate the roof of NRG Stadium.

If she is suspended from the roof, as predicted, she will be 265 feet in the air!

What Lady Gaga wasn’t hush-hush about was the impact the halftime show has had on her.

Gaga has not been quiet politically over the past few months, but when asked, she said the only statements she will make are ones she’s consistently made her entire career.

Her only focus during Sunday’s performance?

“[What] I want more than anything is to create a moment that everyone is watching will never forget,” she explained. “Not for me, but for themselves.”

“That kid that couldn’t get a seat at the cool kids’ table, and that kid that was kicked out of the house because his mom and dad didn’t accept him for who he was—that kid is going to have the stage for 13 minutes,” she continued, “and I am excited to give it to them.”

Gaga did say that she went through her whole career of songs and picked ones she thinks football fans and those just tuning into the halftime show will enjoy.