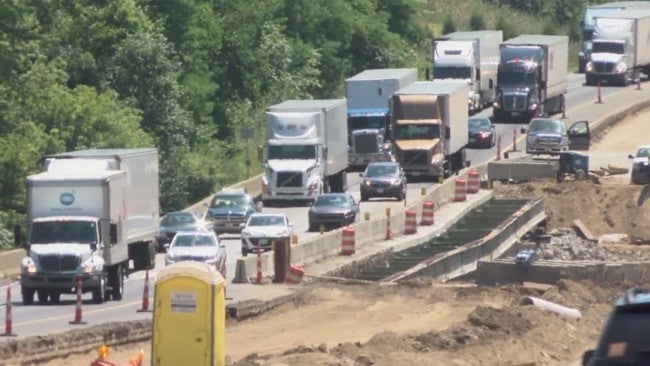 TIPPECANOE COUNTY (WISH) – INDOT official want to alert motorists that I-65 southbound is down to one lane access for vehicles to repair a large hole that formed in the bridge.

Officials said that it is near the 164 mile marker and that the lane will be shut down until around midnight.

INDOT is requesting that motorists seek an alternate route to avoid congestion and delays.

The Communications Director for the Indiana Democratic Party, Drew Anderson, had the following to say about the hole forming in the bridge:

Add today’s I-65 bridge crisis to the list of the glaring problems showing that Indiana’s D+ rated infrastructure is literally crumbling before the eyes of Hoosier motorists. Problems like the large hole on another I-65 bridge put innocent lives at risk, and all Mike Pence can do is come up with short-term funding solutions that wouldn’t even go into effect until summer of 2016 – if approved. Hoosiers want to see action now, and they are tired of Mike Pence playing political games with every problem facing the state. It’s time Indiana has a new governor who will lead the state into the future instead of crumbling behind the rest of the nation.