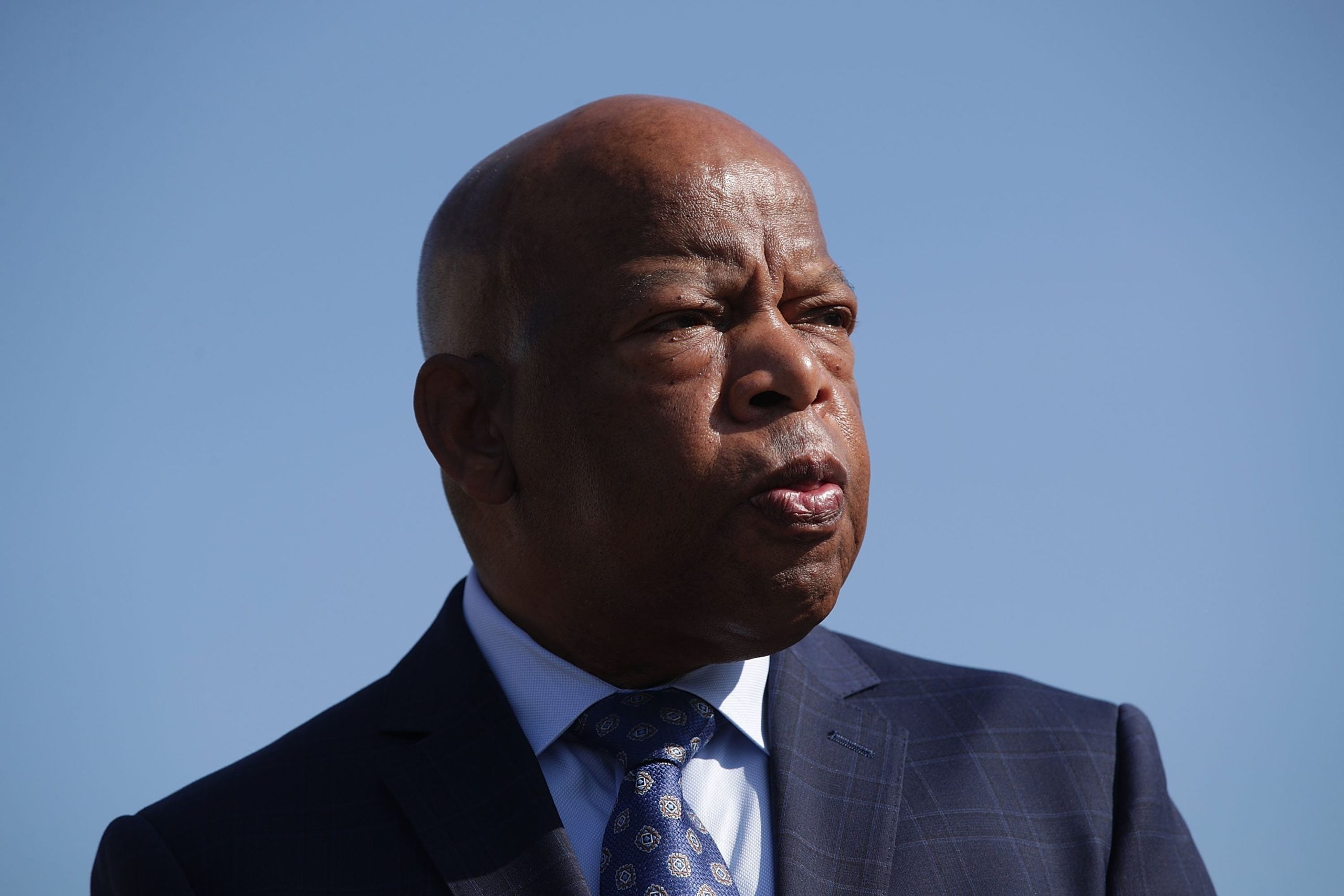 Katherine Clark, Vice Chair of the House Democratic Caucus, was just one of many lawmakers to capture the surprise on social media. The Massachusetts Democrat tweeted a video of the assembled lawmakers singing to Lewis, with the caption, “Surprise, @repjohnlewis! The pride of our lives is calling you a friend. Happy 80th! #GoodTrouble.”

Lewis’ actual 80th birthday was February 21, but this year’s celebration has taken on added significance. Last December, Lewis was diagnosed with stage 4 pancreatic cancer. This announcement triggered an outpouring of support across Washington, with tweets from leaders like Nancy Pelosi, Bill Clinton, and former President Barack Obama. In 2011, Obama presented Lewis with the Presidential Medal of Freedom, the country’s highest civilian honor.

Clark was not the only Democrat with their phone out at the party.

Rep. Mike Levin captured the moment Lewis walked into the room, sharing the video on Twitter with the caption “Fantastic to surprise our dear friend and colleague @RepJohnLewis for his 80th birthday today!”

At the surprise party, members of Congress also presented Lewis with a portrait.

As a young man, Lewis was fiercely active in the Civil Rights Movement, leading the Student Non-Violent Coordinating Committee and helping to organize the March on Washington. In 1965, he famously marched from Selma to Alabama’s capital, Montgomery.