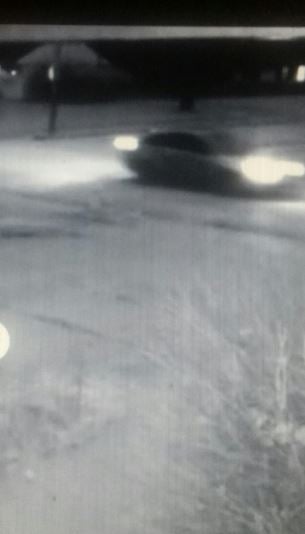 LAWRENCE, Ind. (WISH) – Investigators in Lawrence are still looking for a hit-and-run suspect from last year.

Officers were sent to the 4800 block on Dec. 28 just before 6 p.m. after reports of a person hit by a vehicle. When officers arrived they saw a man lying in the middle of the road with injuries to his face.

The victim was conscious, but said he didn’t know what happened to him. He was transported to the hospital where he learned he had injuries to his neck, ribs and right leg. He is still recovering from his injuries.

According to a witness, a car came around the bend and hit the victim, who was standing on the side of the road. The victim went onto the hood of the vehicle, hitting the windshield. After the victim was hit, the suspect continued westbound without stopping.

After investigators looked at a surveillance camera in the area, they discovered the suspect vehicle may be a silver or tan 2005-2010 Saturn Astra hatchback, or it may be a similar style. The vehicle may have damage on the hood or the front windshield.