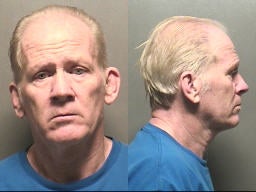 HANCOCK COUNTY, Ind. (WISH) — The parents of a Community School Corporation of Southern Hancock County student are suing the district after their son was molested by a teacher.

“Somebody that hurt your child, it’s sad,” said Mark Harrison, the student’s father. “It hurts.”

Bryan K. Turner pleaded guilty in 2013 to one count of battery resulting in bodily injury. According to the parents’ attorney, Mario Massillamany, Turner was sentenced to 18 months in prison, but he only served probation in an agreement with prosecutors.

The student’s parents say he blames the assault on himself

“He felt, ‘I could have done something, I could’ve stopped him, I could’ve prevented it,’” said Mr. Harrison.

Under his plea agreement, Turner can never teach again.

“We are very angry because this could’ve been prevented,” said Mrs. Harrison. “This possibly never would’ve happened to our child because there was the warning signs, and it was brought to the principal and vice principal’s attention.”

They and their lawyer, Mario Massillamany claim another teacher at Doe Creek Middle School in New Palestine reported the assault

“One of the teachers came into their office and reported numerous suspicious behaviors by this individual, taking pictures of shirtless boys, putting them on his Facebook page, having male students sitting on his lap,” said Massillamany.

The corporation superintendent at the time of the assault and settlement is no longer with the district. Current superintendent Dr. Lisa Lantrip issued this statement Monday afternoon.

“We learned a lawsuit was filed today against our district. When specific allegations of misconduct were brought to the attention of the administration several years ago, a full investigation was conducted and appropriate authorities were notified immediately. Our goal is to always keep our students safe.”

The assault occurred in 2012 in the boys locker room. The boy was 14 years old at the time.