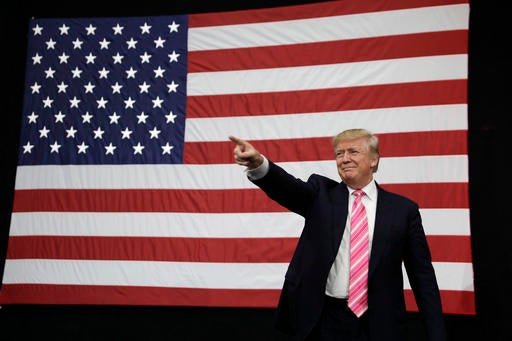 COLORADO SPRINGS, Colo. (KXRM) – President-elect Donald Trump may have won the election but he still has one final hurdle to clear. His actual victory doesn’t come until the Electoral College votes on December 19.

According to Colorado state law, Colorado’s electors are required to vote for whoever won the popular vote in the state, but two electors have filed a lawsuit in hopes of changing that rule.

Tuesday, Robert Nemanich, of Colorado Springs, and Polly Baca, of Denver, filed a lawsuit in Federal District Court against the governor, secretary of state and the attorney general.

Nemanich said they are suing for injunctive relief so that Colorado electors can vote their conscience, rather than the popular vote, adding that the current state requirement violates the U.S. Constitution.

Nemanich said their goal is not to get Hillary Clinton into the White House but rather a Republican alternative and to keep Donald Trump out.

“Donald Trump is unfit for the presidency and that doesn’t come just from my personal judgement, it comes from conversations that I’ve had with Republicans, Independents, Democrats,” he said.

However, the only way to keep Trump from becoming the next President of the United States is to persuade 38 plus Republican electors to vote along with 232 Democratic ones for a presidential candidate that wasn’t even on the ballot. Not to mention, change state laws across the country.

“I’m cautiously optimistic,” said Nemanich when asked if he thought they could pull it off.

Nemanich said since Republicans hold the majority in the Electoral College he and those on board with the idea are focusing on a Republican alternative.

“In any normal election the Republicans who would have elected a Republican president that person is fit to hold office,” he said. “I’ve lived under many Republicans who were presidents of the United States. I might have disagreed with them on policy but they were our president and I supported them as president.”

Nemanich said this effort is really about stopping Donald Trump and that there would likely be unrest if it actually goes through.

“There will be some form of unrest. That’s America. There’s unrest in lots of things. I get that. I don’t want that,” said Nemanich.

He said he realizes this lawsuit has the potential to forever change how presidential elections are held.

“This is serious stuff,” he said.

But he believes risking a new system is worth it.

“My personal belief and judgement is that Donald Trump is so dangerous to the representative form of government, regardless, that him in office is more dangerous than the mechanisms that would be put in play to stop him from office.”

Nemanich said there are already other electors in other states who are on board, including two in Washington, a republican in Texas and a few others who are not yet willing to go public.

With less than two weeks to go before the electoral vote, the lawsuit is expected to move quickly and Nemanich said there will likely be appeals on its way to the Supreme Court.