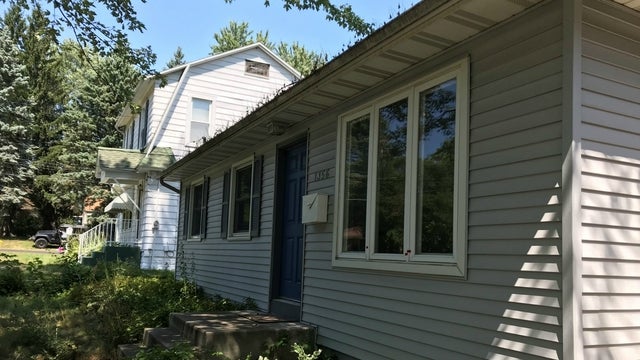 GRAND RAPIDS, Mich. (WOOD) — After two years of living in her first home, a 27-year-old Grand Rapids woman found out it had contained a meth lab and was contaminated at levels 50 times over what is considered safe.

That’s according to a lawsuit filed in Kent County Circuit Court. The suit goes on to claim that the home’s former owner and the real estate agent who sold it not only failed to disclose the information about the meth lab to the buyer, but also purposefully concealed it.

“According to our testing guy, who’s going to testify in this case, these are some of the highest numbers he’s ever seen in a meth house — 5,000 percent over the recommended minimum levels by the state,” attorney William Howard, who filed the lawsuit about 18 months ago, said Wednesday.

In 2014, Kaci Brander was looking at the home on Mayfield Avenue NE near Leonard Street with Realtor Don King, a friend of her family. According to nine volumes of files in court, King was also working for the home’s owner Susan Wierenga at the time.

Just 11 days prior, police had raided the house and arrested several occupants, all close relatives of the homeowner. Some of them were eventually sentenced to prison, one for between 20 and 40 years.

Howard said Brander noticed something when she was being shown the home in 2014.

The lawsuit claims Brander asked about a damaged door and was told it had been damaged by tenants as they moved out.

“We know the door was broken when (the) tactical team went in the door to make this arrest 11 days previous,” Howard said.

The suit says that when the meth lab was shut down by authorities, they put a sticker on the door warning the house was a hazardous site.

“When my lady comes in in 11 days, this wonderful sticker isn’t there anymore,” Howard said. “Well, obviously these people knew that their brother, 11 days before, had just been taken out of the house for operating a meth lab for which there was a sticker on the door.”

After living at the home for two years, Brander decided to sell in 2016. That’s when she found out it was contaminated with mercury, lead and arsenic — byproducts of meth manufacturing, the lawsuit claims.

“We allege they actively concealed it by not disclosing the information, by altering disclosures,” Howard said.

Heavy metals started showing up in Brander’s liver and urine. She suffered headaches, nausea and chest pains. She had to leave the house and return to her parents’ home.

“You’re seeing numbers in her urine that are equivalent of a 40, 50, 60-year-old person with 20 or 30 years of heavy diabetes by damage to their kidneys,” Howard said.

She could be looking at kidney damage and heart damage and has an abnormal EKG at the age of 27, Howard said.

Howard said the realty firm Berkshire Hathaway is also named in the suit because it employed King.

Attorneys for the former homeowner and the real estate firm refused to comment Wednesday, but King said he is innocent and looks forward to having the truth come out in court.

King said there is no evidence a sign was left on the house and says if it was contaminated, it was up to state officials to notify the owner and close it up.

“Why would I sell my close friend’s daughter a house out here that was busted for a meth lab?” King said.

Howard would not say how much money his client is seeking, but indicated it will be extensive.

“What do you give a … girl who may have to have kidney failure, kidney dialysis? If you go through kidney dialysis, it’s not a pretty sight,” Howard said.

There is no date set for trial, but Kent County Circuit Court Judge Mark Trusock said it will be on the docket this fall. Howard expects the trial to run for two weeks.