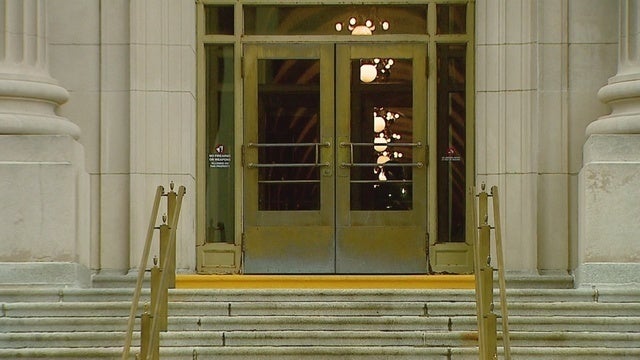 INDIANAPOLIS (AP) — The American Civil Liberties Union of Indiana filed a lawsuit Thursday challenging the state’s attempt to ban a second-trimester abortion procedure, a day after the governor signed the measure into law.

The bill passed by the Republican-dominated Legislature would prohibit dilation and evacuation abortions, which the legislation calls “dismemberment abortion.” Federal courts have blocked similar laws in others states, but Indiana anti-abortion groups hope Justice Brett Kavanaugh’s addition to the U.S. Supreme Court has pushed it further to the right on abortion questions.

The ACLU of Indiana said it filed the lawsuit on behalf of two doctors who perform the procedure because the law would put a “substantial and unwarranted burden on women’s ability to obtain second-trimester, pre-viability, abortions.”

Indiana’s new law, set to take effect July 1, would make it illegal for doctors to use instruments such as clamps, forceps and scissors to remove a fetus from the womb unless to save the pregnant woman’s life or prevent serious health risk to the woman. The law specifically excludes “psychological or emotional conditions” as acceptable considerations. The person performing such an abortion could face a felony charge punishable by one to six years in prison.

“Our elected officials are using misleading labels and provocative, inflammatory rhetoric, to shame women and confuse the public in order to pass an unconstitutional law,” said Jane Henegar, the ACLU of Indiana’s executive director. “A woman’s health should guide important medical decisions throughout her pregnancy, not political opportunism and interference.”

Republican Gov. Eric Holcomb’s office declined to comment on the lawsuit or about his decision to sign the bill.

The anti-abortion group Indiana Right to Life cheered Holcomb’s signing of the bill, which his office announced Thursday night.

“Legislators listened, and thanks to Gov. Eric Holcomb’s signature, children will be protected from barbaric dismemberment abortions in Indiana,” the group’s president, Mike Fichter, said in a statement.

Holcomb on Thursday also signed a bill letting pharmacists refuse to dispense abortion-inducing drugs to women if they have ethical, moral or religious objections. It also adds nurses and physician assistants to a current law that prevents doctors or hospital employees from being required to participate in abortions.

A federal judge last week blocked a similar Ohio law banning the dilation and evacuation from being enforced while a lawsuit is being litigated. North Dakota’s governor signed that state’s version last week, but it only becomes effective if a federal appeals court or the U.S. Supreme Court allows its enforcement.

Laws banning the procedure are in effect in Mississippi and West Virginia, while others are on hold because of legal challenges in Alabama, Arkansas, Kansas, Kentucky, Louisiana, Oklahoma and Texas, according to the New York-based Guttmacher Institute, an abortion rights research organization.

The procedure accounted for 27, or 0.35 percent, of the 7,778 abortions performed in Indiana during 2017, according to an Indiana State Department of Health report . Indiana’s current restrictions on abortions after 13 weeks of gestation mean that the dilation and evacuation method — all done at hospitals — accounted for 22 of the 28 abortions performed during weeks 14 through 20 in 2017.

Challenges have prevailed so far against four other Indiana anti-abortion laws adopted since 2013 as its GOP Legislature has continually tried to tighten the state’s restrictions.

A 2016 law signed by then-Gov. Mike Pence aimed to ban women from deciding to undergo abortions because of a fetus’ genetic abnormalities , such as Down syndrome, and require women seeking an abortion to undergo an ultrasound at least 18 hours before the procedure. Federal judges have blocked those provisions, and the state attorney general’s office is asking the U.S. Supreme Court to hear its appeal.