Lawyers for Capitol rioter say he called Pelosi a ‘biatch,’ which is ‘less offensive’ 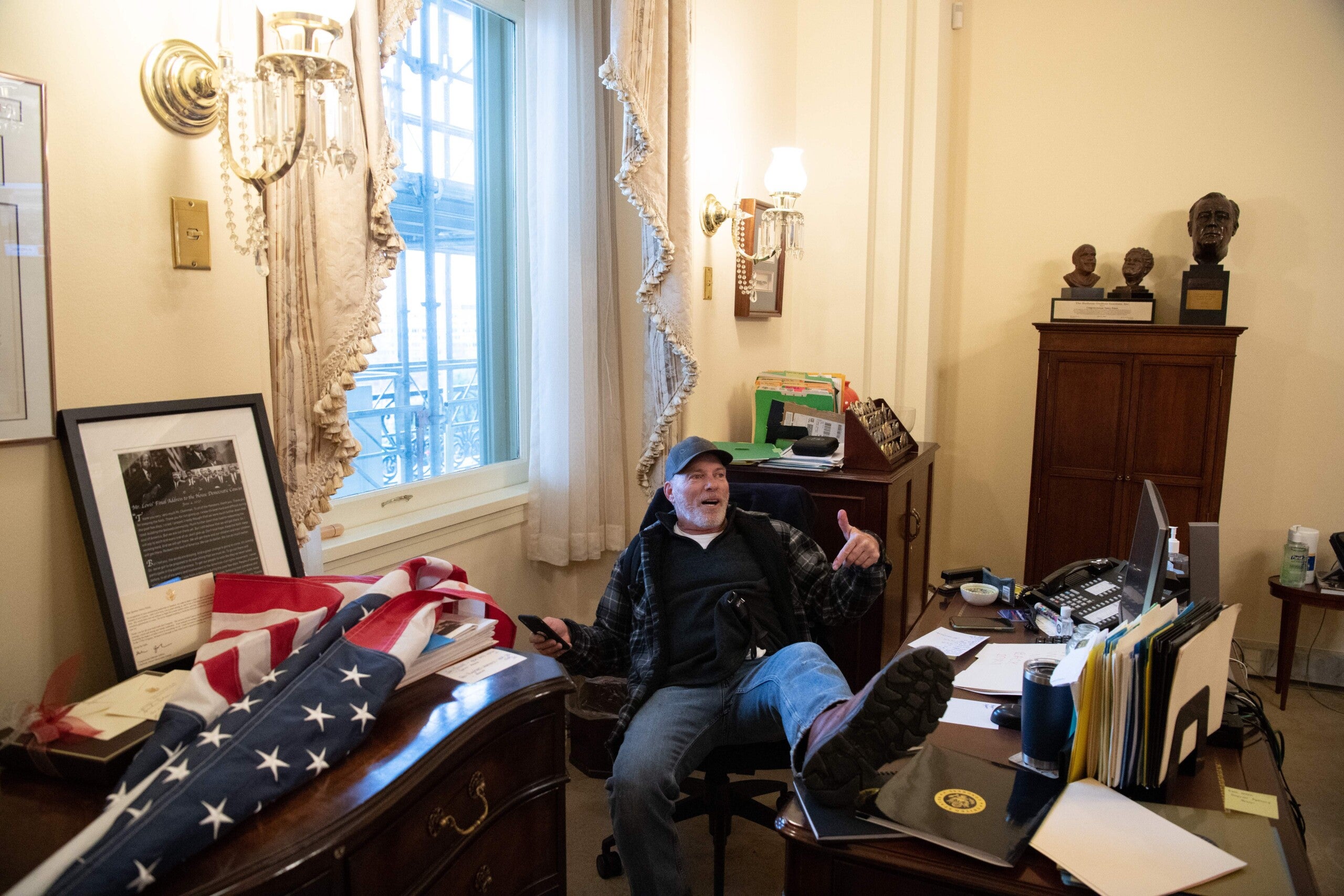 (CNN) — Lawyers for a man photographed sitting at a desk in House Speaker Nancy Pelosi’s office during the Jan. 6 riot at the U.S. Capitol are arguing that he called her a “biatch,” not a “b*tch,” in calling for his release.

“This written note, however, says, ‘Hey Nancy Bigo was here biatd.’ It does not say ‘you’ or ‘b*tch,'” the lawyers for Capitol riot defendant Richard Barnett, known as Bigo, wrote in a court filing filed Friday.

“Instead of writing the accusatory ‘You b*tch’ as the government falsely states, it only says ‘biatd’ and without the word ‘you,'” the lawyers added in a footnote. “On information and belief, the ‘d’ was meant to be two letters, ‘c’ and ‘h’ with the ‘c’ connected to an ‘h’ to spell the word ‘biatch’ which is a slang and less offensive word for ‘b*tch’.”

The lawyers also included a link to an online definition of “biatch” as “slang … used as a term of endearment or disparagement for another person.”

Barnett is slated to appear in court Tuesday afternoon, where he will argue to a federal judge that he should be released from jail. At a previous hearing, a different judge said he needed to stay detained — but that ruling came before the appeals court in DC made it harder for the Justice Department to keep Capitol rioters in jail.

Barnett has had several verbal outbursts in court in previous hearings, and he made headlines after the Capitol riot for boasting about his interloping. During a March court appearance, he screamed at his attorney and the judge, forcing the largely procedural check-in to wrap up promptly with Barnett pulled off the conference line.

“You can’t keep pushing me out month by month,” Barnett said over a videoconference line from jail months ago. “Everybody else who did things much worse are already home!”

District of Columbia federal Judge Christopher “Casey” Cooper warned Barnett to “listen to your attorneys,” who were attempting to stop Barnett from yelling. Barnett, who has been in jail for more than a month, also accused prosecutors of “dragging this out,” said he wouldn’t agree to appear in court in May and shouted that he needed help.

At a previous hearing, Barnett spoke up, saying, “I have some very honest and simple explanations. I am a good man.”

Barnett is charged with entering the restricted grounds of the Capitol while carrying a stun gun, aiding and abetting the disruption of the congressional session, and for theft of public property, after he allegedly took a letter from Pelosi’s office. He has pleaded not guilty.

“The titles of those offenses don’t even properly capture the scope of what Mr. Barnett is accused of doing here,” Chief Judge Beryl Howell of the D.C. District Court said in an hourlong hearing for Barnett in January. During the hearing, Howell called Capitol riot suspects’ actions an assault on American democracy and ruled that Barnett should stay in jail as he awaits trial.

His hearing on Tuesday will be before Cooper, of the D.C. District Court, a colleague of Howell’s, because Cooper is overseeing his case following his seven-count indictment.

Barnett, of Arkansas, was photographed sitting at a desk in Pelosi’s office during the riot, authorities say. Federal authorities say he was taken into custody two days later in Little Rock.

He was caught on video surveillance entering Pelosi’s office area around 2:50 p.m. ET with an American flag and cellphone and leaving six minutes later with only his cellphone, according to court documents. He was photographed with his boot propped on a desk and the flag draped nearby.

He later spoke with news media outlets and was captured on video holding an envelope from Pelosi’s office. Barnett told a reporter, “I did not steal it.” He said he took the envelope because he had bled on it and “put a quarter on her desk,” according to court filings signed by a special agent with U.S. Capitol Police.