Lawyers for Patriots owner seek to have sex video thrown out 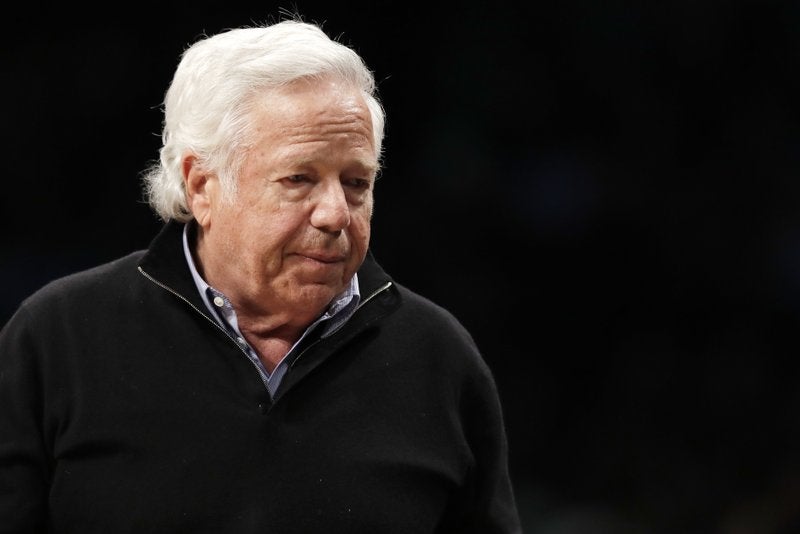 WEST PALM BEACH, Fla. (AP) — Attorneys for New England Patriots owner Robert Kraft will be in court asking a judge to throw out a video that police say shows him paying for sex at a Florida massage parlor.

Kraft’s attorneys are expected to tell Judge Leonard Hanser on Friday that police violated the 77-year-old businessman’s constitutional rights when they installed video cameras in the Orchids of Asia Day Spa in January. In court documents, they write that a prostitution investigation did not “warrant the eye-popping invasions that occurred here.”

Palm Beach County prosecutors said Kraft had no expectation of privacy outside his home.

Kraft and 24 other men were charged with paying for sex acts at the spa. He has pleaded not guilty.

Prosecutors originally said human trafficking might be involved, but have retracted that.