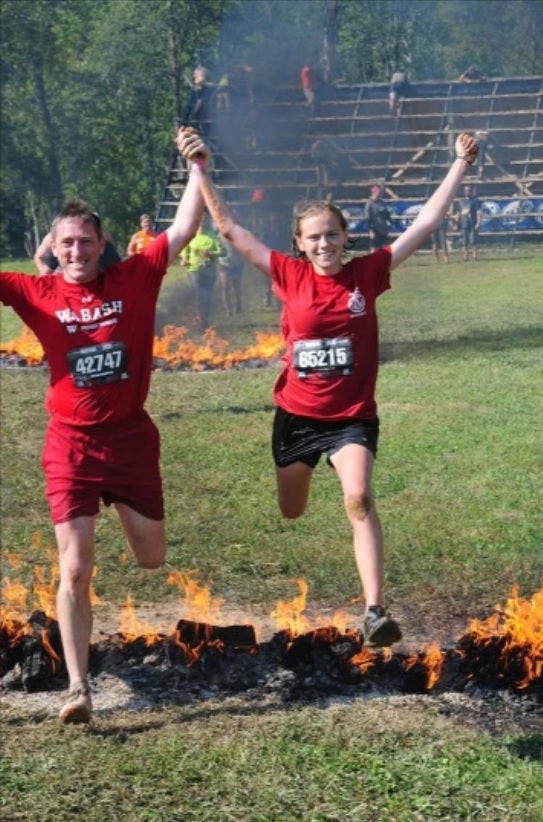 “Her quirky sense of humor is what I loved about her,” said friend Lian Ottinger.

“She was just one of those people that you can’t really not like,” said Luke Wheat, a friend and fellow marching band member.

For Megan’s friends, those smiles and laughs are precious memories now.

It’s been almost three months since they lost her.

“It was just a really big shock,” recalled Charlotte Skillington. “I mean Megan – a healthy runner.”

Megan was a standout athlete at Lebanon High School – a runner for both the track and cross country teams who lettered all four years and enjoyed encouraging her teammates along the way.

“She was very encouraging,” said Bayleigh Saulmon. “She just always cheered for everyone.”

After her high school graduation last spring, Megan went on to college at DePauw University but in January became sick.

“She started having headaches,” said Alex Kraft. “(She) ended up being admitted to the hospital and stayed there for a while and she got better at one point, and then kind of relapsed.”

Family members say they eventually learned it was a rare type of Meningitis. Megan died on February 13.

“It was just hard,” said Ottinger through tears.

But her fellow runners from Lebanon along with others who knew Megan best soon turned their mourning into a mission.

“I called my coach because I was just a mess,” said Ottinger. “And she said, ‘is there anything you can think of that we could do for her?’ And I said ‘why don’t we do a memorial 5K?’”

Ottinger didn’t know it at the time, but they all had the same idea. So on Saturday, May 9, runners and walkers will lace up their shoes to pay tribute to their friend in the first annual Megan Hammerle Memorial 5K. And what was at first going to be a small event for friends has grown into something much bigger than they imagined.

They say the numbers speak to how much their friend meant to so many.

“She just enjoyed being happy and I think that’s the kind of legacy she left. Just enjoy who you are,” said Skillington.

“Anyone who needed any kind of help, she was very subtle about it, she’d be like ‘hey, is there anything I can do to help you?'” said Ottinger.

Proceeds from the 5K will continue to help others. Friends who are organizing the event say they want a portion to go toward a student scholarship. They’re working with a non-profit group to match the funds.

Interested participants can still register Saturday morning before the 5K at 10:00 a.m. at the Lebanon High School track for $25. Registration includes a bracelet and t-shirt.

The race will not be timed this year, but Megan’s friends say they hope to add that along with ribbons in future years.