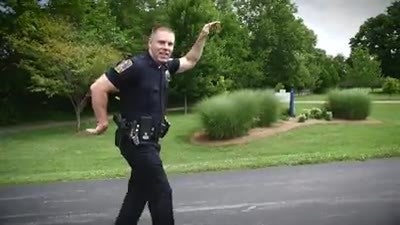 INDIANAPOLIS (WISH) — Who’s ready to get down with some tunes? We’ve compiled all the videos together from the challenge that just won’t seem to go away.

Up first was that of the Boone County Sheriff’s Department. They had quite a few jams playing during their challenge.

The Columbus Police Department also jammed out to quite a few hits for their rendition of the challenge.

The Franklin Police Department was next to jump on the challenge. The video covers the “Evolution of Dance” around the city and goes through a medley of dance songs, starting with Elvis Presley’s “Hound Dog” and ending with *NSYNC’s “Bye Bye Bye.”

This year, the department started with a little Black Eyed Peas, before hitting their stride with a performance that included some outside help.

The town of Plainfield went the way of a power ballad to show off their skills.

Who can forget the all out jam from IMPD that took place across the city and included Hoosiers of all ages.

The Martinsville Police Department decided to pay homage with some classic rock during their challenge.

Be sure to check out these other challenges from departments that weren’t quite in central Indiana, but that didn’t stop them from busting out their dancing shoes!