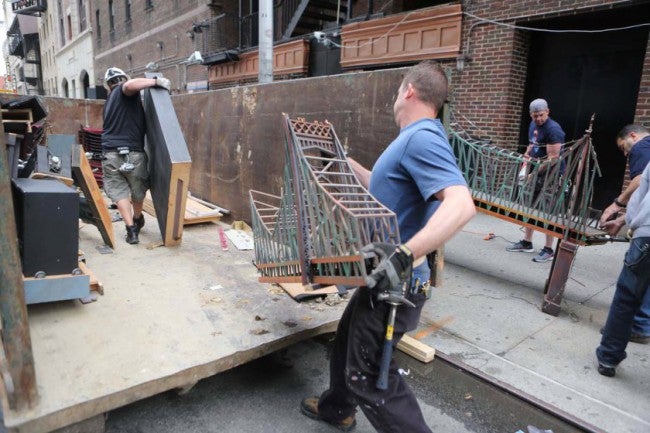 NEW YORK (AP/WISH) – Comic celebrities turned out for David Letterman’s late-night farewell – and so did his biggest audience in more than 21 years.

The Nielsen company said Thursday that 13.76 million viewers saw Letterman end his 33-year career as a late-night TV host with a final show Wednesday night. The last time Letterman had so many viewers was in February 1994, when his show aired after CBS’ telecast of the Winter Olympics.

More people watched Letterman than anything else in prime time on Wednesday night. Letterman’s final show started at 11:35 p.m. and lasted more than an hour as CBS let it run long.

After the show CBS began throwing out Letterman’s old set. Fans witnessing shared some strong criticism for the quick decision.

The New York Post published pictures of workers dismantling the set, and tossing the pieces in a dumpster. People who witnessed said the set should be in the Smithsonian Institution, not the garbage.

The Post reports that after workers finished, a dozen fans went through the dumpster, looking for souvenirs.