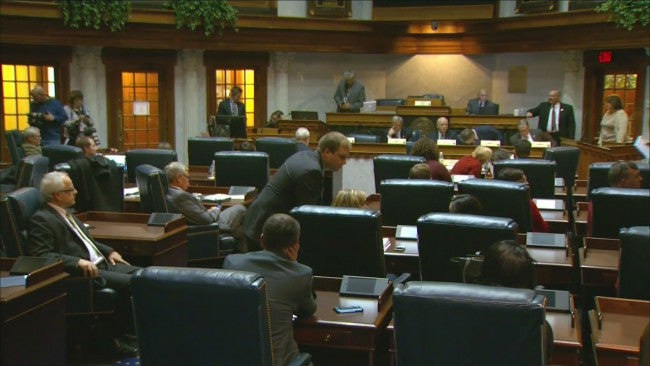 INDIANAPOLIS (WISH) – A bill designed to provide civil rights protections, except for the transgender community, is now on its way to the senate floor.

The committee hearing discussing SB344, known as the “LGB not T” bill, lasted about five hours, four of which were spent listening to the public provide testimony for and against the bill. The committee passed the bill 7-5.

SB344 would allow cities to maintain their own civil rights ordinances, however the transgender community wouldn’t be protected. It also would repeal the Religious Freedom Restoration Act and fixes added after it was passed last year.

The LGBT community opposed the bill for excluding transgender protections, but other opponents included small businesses.

A florist from Washington state testified how she denied her services for a same-sex wedding. Due to a similar law already in place, she says she’s now being sued and fears she’ll lose her business.

“I sincerely hope that you’ll reject these bills, that no resident of Indiana or any state will have to go through their own version of my nightmare and lose their precious constitutional rights,” said Baronelle Stutzman as she fought back tears.

Indiana Chamber of Commerce President Kevin Brinegar also testified. He talked about how passing RFRA last year hurt Indiana’s image. It why he wanted SB344 to pass, showing the state was progressing.

“Let me just close by asking, by making it clear that the (Indiana Chamber of Commerce) is asking you to vote in favor for SB344, even though it does not contain civil rights protections for the transgender community and this is incomplete in our view. But nevertheless, it is a positive step in the right direction and we need legislative action this session,” he said.

The bill now heads to the senate floor. If approved there, it would move to the house.