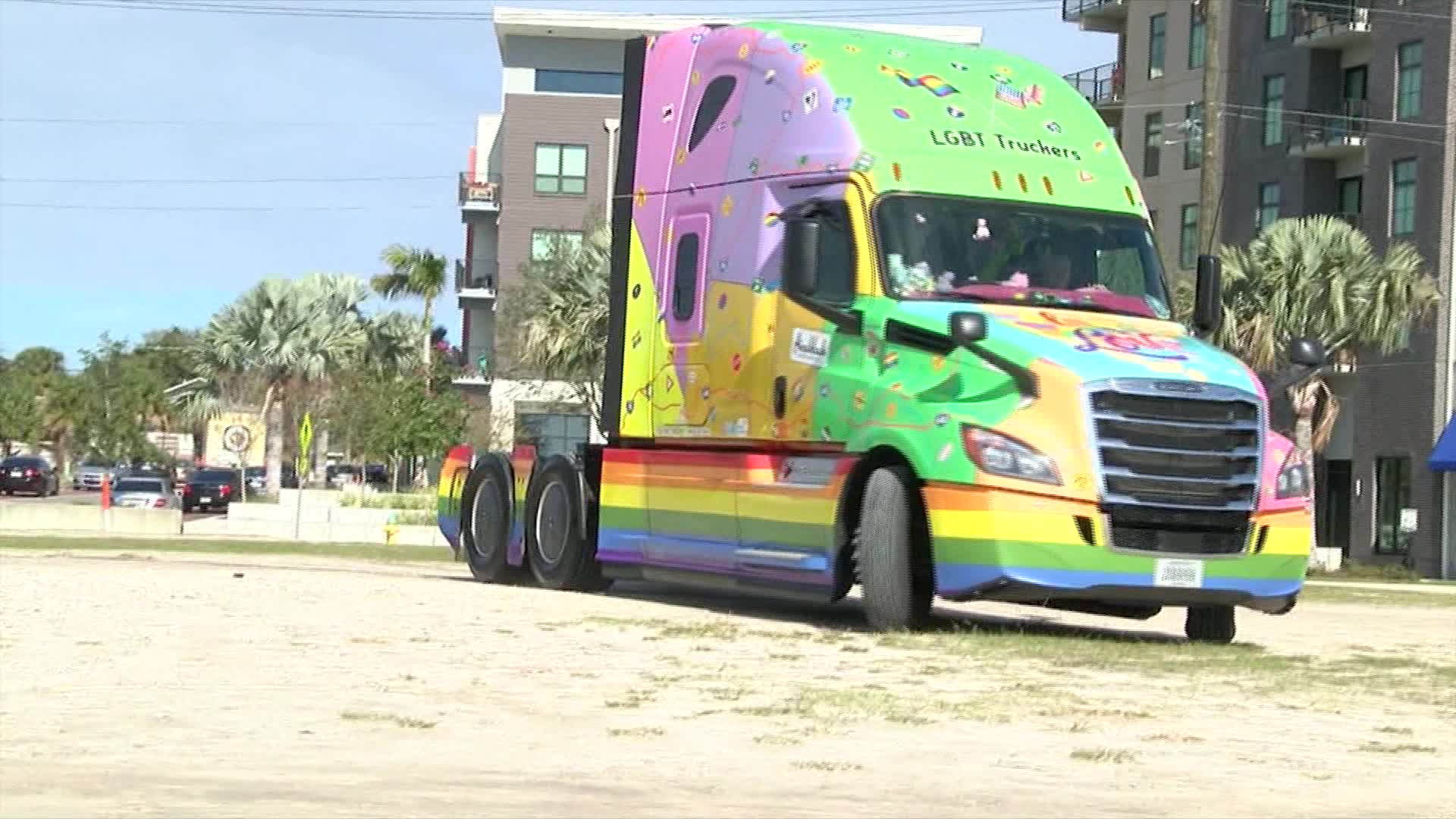 Truck driver Shelle Lichti said the truck gets lots of attention. “In general, the positive comments, people wanting to take pictures of it, with it, and just saying thank you.”

Lichti has driven the Rainbow Rider all over the nation. She said it’s a truck with a message of awareness.

“We are in an industry that our community in general is overlooked. This is their truck. I just happen to drive it for them.”

Ricky Coffey and Bobby Loy are married to each other as well as truck drivers. They say they spend more time on the road than they do in their actual homes so they want to feel as comfortable as possible behind the wheel.

Loy said, “Going through that together and being truckers on the road together as husbands can be challenging.”

The cab of the truck is wrapped in a rainbow road map. It’s a symbol that LGBT truckers are on every highway in every state.

Loy said, “You’ll get a lot of responses back from people in the community that, like, ‘I was having a really bad day but then I just seen this truck rolling by’ and it just made their day.”