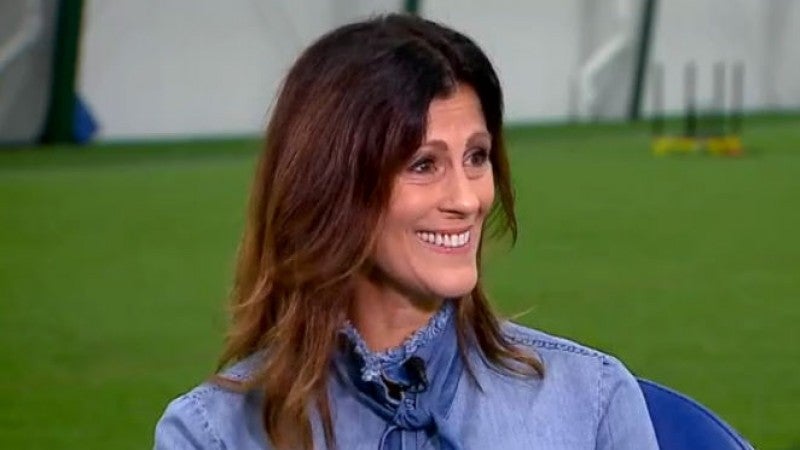 INDIANAPOLIS (WISH) – In sports, a team can be like family, and that couldn’t be more true for the Reichs. In just three days, Frank Reich will take the field as the Indianapolis Colts head coach for the first time in the regular season.

But it won’t be the first time Reich is on the sidelines wearing a Colts logo — he had a stint as a coaching intern with the Colts in 2006.

While Reich still has a lot to prove as the man in charge, his teammate in the stands has a message for the city.

News 8’s Meghan McKeown sat down with Frank’s wife, Linda, to talk about the new position from her perspective.

“Being back has been pretty seamless,” said his wife, Linda Reich. “It’s pretty crazy how when we got back, I felt like we didn’t miss a beat. We found a house right away. My sister lives here; she’s lived here for 25 years. I have nieces and nephews here, and plus when we were here before, we made such great friends that we were just embraced, so it felt great.”

Linda and Frank go way back. Both natives of Pennsylvania, neither had a clue in elementary school that they would one day be married.

“We’ve known each other since sixth grade. Yes, that’s far back. We went to high school together; we graduated in the same class together and went to two different colleges. He played at the University of Maryland, and I went to nursing school at Franklin & Marshall College and Lancaster General School of Nursing, and we just kind of connected our sophomore year of college and have been together ever since,” said Reich.

Frank’s career path differed from the traditional one for a coach. After playing in the NFL for 14 seasons, most of those spent with the Buffalo Bills, the father of three went into the seminary. When he decided to get into coaching, he made a call to Bill Polian, former general manager of the Colts. Polian was in the front office in Buffalo during Reich’s tenure and allowed him to come on board as a coaching intern.

Before returning to Indianapolis, Frank spent two seasons in Philadelphia as offensive coordinator for the Eagles. After the Eagles’ Super Bowl win in February, the Reichs had no intention of looking for head coaching job, which was why Linda was confused when her husband got the call about the Colts job.

“Somebody said that the Colts had hired a head coach, so my first reaction was they already have a coach,” explained Linda.

Eight days after the Super Bowl win, the Colts introduced Frank Reich as their new head coach. During his introductory press conference, former Colts pro-bowler Pat McAfee asked Reich if he loved or hated Josh McDaniels for passing on the job.

“The back-up role has suited me well in my career,” Frank replied.

So why can Frank Reich bring the Colts back to Super Bowl contention?

“Because he knows how to win,” said Linda. “He just does. Really his whole premise of trust and team and toughness and the attitude that he’s always had.”

The ebbs and flows of the coaching world can be taxing on a family. But throughout the years, the Reichs have always trusted in their faith.

“There’s a constant with our faith. Knowing that whatever happens, the ebbs and flows, and Frank has always been great about this. He never gets too high and he never gets too low. He’s pretty even keeled, and that’s really how one endures through just so many challenges,” said Linda.

And Linda gave us some insight into her husband’s pregame rituals.

As for her husband’s future in Indianapolis, Linda has some hopes and dreams.

“Winning a Super Bowl is the crème de la crème of every head coach, there’s no question, but for us, we really want there to be in the entire city, just adopting this magnanimous attitude throughout the city, and everybody to get excited,” said Linda. “In addition to winning a Super Bowl, it’s all icing on the cake.”