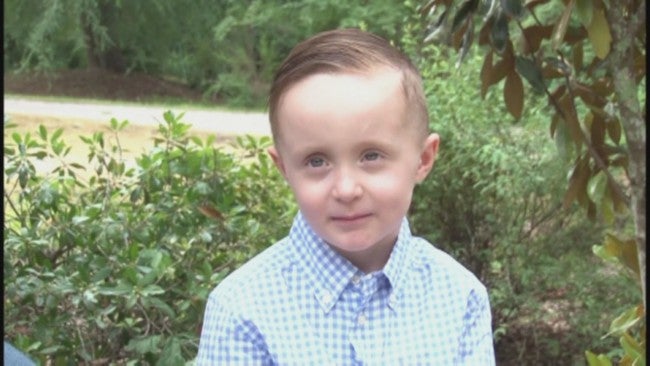 PRATTVILLE, Alabama (CNN) – The faith of a little boy in Alabama was recently on full display at a local Waffle House.

A few weeks ago, 5-year-old Josiah Duncan and his mom Ava Faulk were at the restaurant, located along the Prattville-Millbrook exit.

“There was a man standing inside who was real dirty and had his bag,” Faulk recalled.

Josiah was so troubled by the man’s appearance, he peppered his mom with questions – and more questions.

“I said, well because he’s homeless,” Faulk said. “Josiah said, ‘What does that mean?’ And I said it means he doesn’t have a house.”

And apparently, not a friend to lean on.

“He didn’t have no food,” Josiah said.

The 5-year-old felt the urge to do something. He insisted on his mom buying the stranger a good meal.

“He came in and sat down, and nobody really waited on him,” Faulk recalls. “He just kind of sat there and Josiah jumped up and asked him if he needed a menu because you can’t order without one.”

Instead of ordering a plain hamburger, the homeless man got the works.

“He said, “Can I have bacon?” And I told him get as much bacon you want,” Faulk remembers.

Before the man could take the first bit, Josiah insisted on something else.

“I wanted to say the blessing with him,” he said.

Josiah did – publicly – with 11 other customers watching. The 5-year-old sang it as loud as his little voice could muster.

“The man just cried,” Faulk said. “And everybody else in the Waffle House was crying.”

“You never know who the angel is on Earth, and when the opportunity comes you should never walk away from it,” she said.

A little boy saw a need – and met it face to face.

Josiah’s mother says that what her son did, will be one of the greatest accomplishments she’ll ever have as a parent.