Live-dealer table games get set to open at Indiana casinos 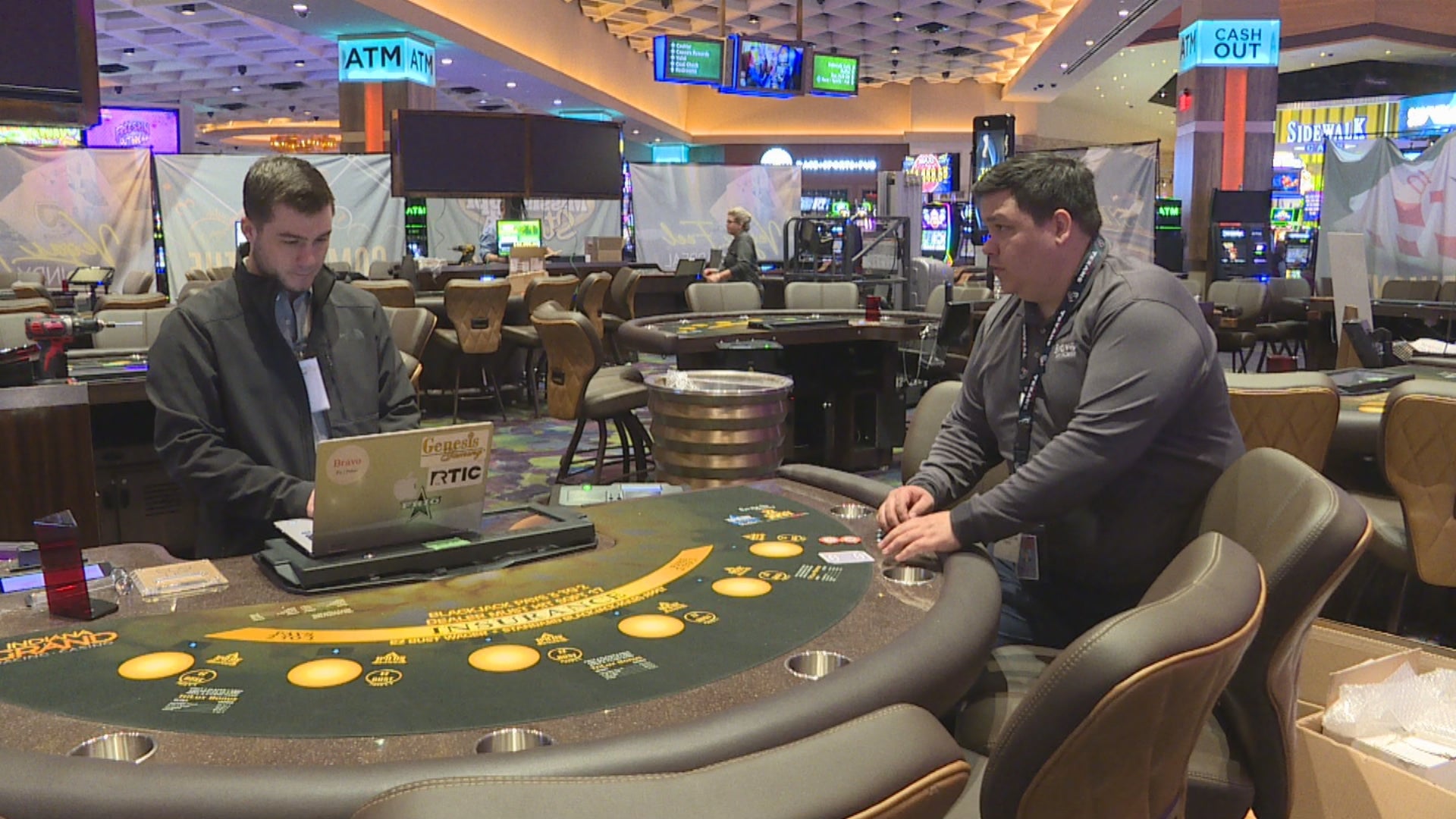 “My game is blackjack, so I’m very excited to get on some blackjack” tables, said Sy Wilson of Bloomington on Friday.

“It looks nice!” said Lisa Cheshier of Indianapolis said as she looked at the new table games being set up Friday. “This is my first time being back here since they’ve redone all this. It really looks nice.”

Players who look closely at the new Blaze roulette tables will see something different.

“That’s the LED light-up roulette game where there’s animations that go on when you hit a number. It lights up the number and shows all the different winners,” said Colin Skidmore, director of table games at Indiana Grand.

Tonya Johnson of Indianapolis watched as finishing touches were put on the tables and final calibrations were done Friday. “I just like the live people,” Johnson said. “The interaction and everything.”

In 2018, state lawmakers approved the change to live dealers as part of a massive statewide gaming bill that became law.

“It’s something Indianapolis, the whole state has been waiting for for a long time,” Skidmore said. “Just to get land-based casinos, to have live dealers, live table games. Real dice, real wheels, and have a great time with our guests.”

It took about a year to get to what gamers will see. More than 300 additional staffers hired. Months of training. In fact, Indiana Grand has jobs open right now because they’re adding even more new games shortly into the new year.

“We’ve got a $1,000 bonus for craps dealers, experienced ones.” Skidmore said. “So, that’s pretty exciting. Hopefully we’ll get some people to come on board there.”