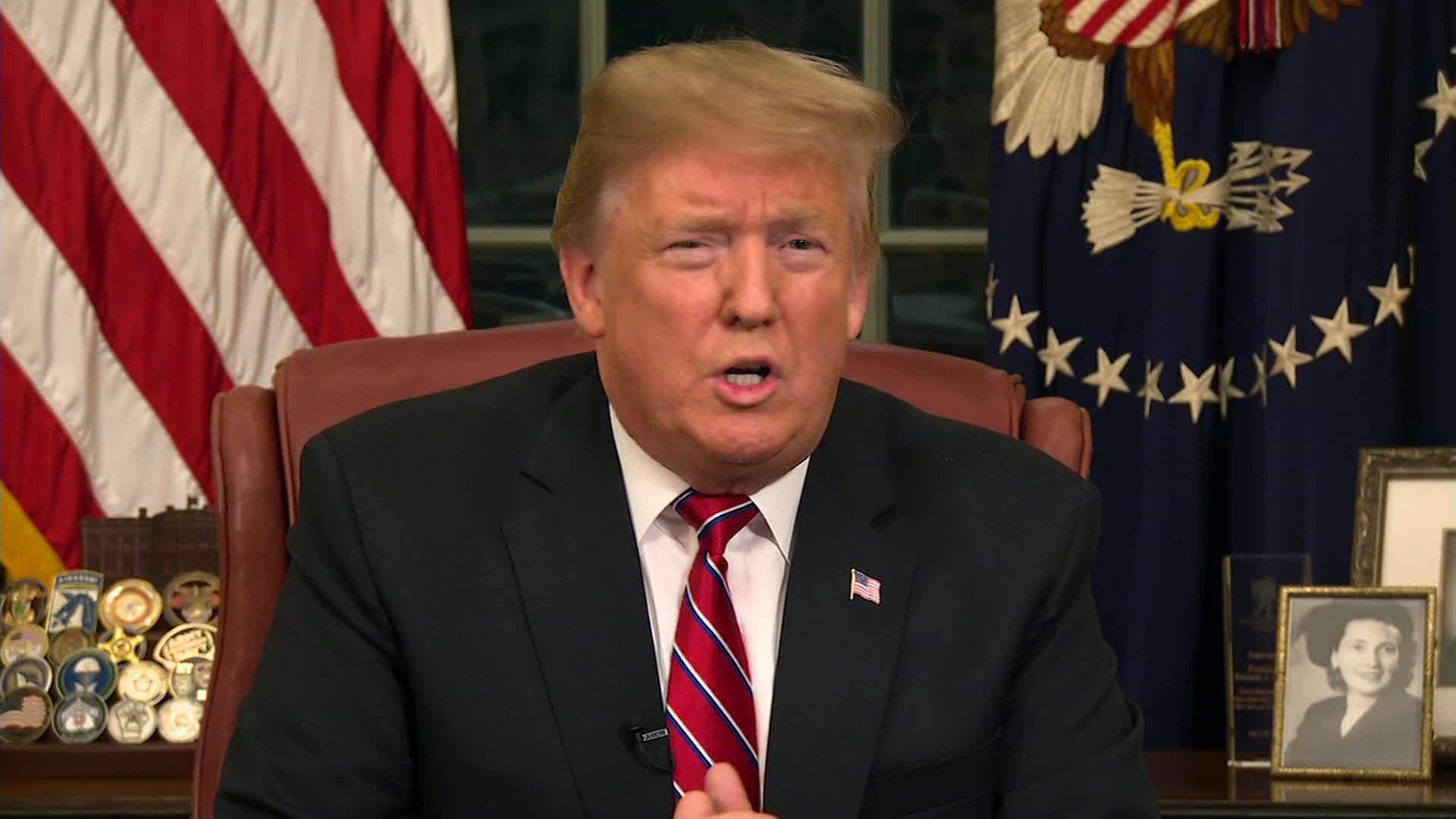 INDIANAPOLIS (WISH) — President Donald Trump is hoping his Tuesday night address will change minds and help get funding to build a border wall with Mexico. Democrats however were quick to respond, saying the first priority is getting the federal government fully open again.

In his 10 minute prime-time speech, the president’s first from the Oval Office, Donald Trump outlined several reasons to support building a border wall with emotional examples.

“All Americans are hurt by uncontrolled illegal migrations,” he said. “Over the years thousands of Americans have been brutally killed by those who illegally entered our country and thousands more lives will be lost if we don’t act right now.”

He referenced several examples of violent crimes by known illegal immigrants. He also called for humanitarian and medical assistance at the border, more drug and weapons tracking technology, more border agents and judges, and a $5.7 billion for a steel wall along the U.S. southern border. President Trump said this was a choice between right and wrong.

University of Indianapolis political science professor Dr. Laura Wilson spoke with News 8 following the speech, and said this was President Trump’s opportunity at a major public appeal in prime time.

“I think he definitely gave the best shot he could,” she said. “He framed everything not only as a security but a humanitarian crisis.”

Dr. Wilson explained he invoked the examples of violent crimes to help bring emotion beyond the facts.

“[He’s] trying to convince people that maybe didn’t see this is as a crisis that in fact this is important and of course the wall is necessary for our country’s security,” she said.

“The president has chosen fear. We want to start with facts,” Pelosi said, outlining problems with border security and agreeing that more needs to be done.

“We don’t govern by temper tantrum. No president should pound the table and demand he get his way or else the government shuts down,” said Schumer. “Separate the shutdown from the arguments over border security.”

Senator Schumer referenced bipartisan legislation that allows for the reopening of the full federal government that continues the discussion on border security.

“They actually went the opposite route, they avoided the emotional appeals and said we should separate these things out,” Dr. Wilson said. “They were going for more of a fact-based approach.”

The speech showdown will ultimately be a wash-out, according to Dr. Wilson. She said those who were already decided on the issue are not  likely to be swayed by either speech.

“I think that was a lost opportunity for both sides there in terms of convincing the American public. I want to hear people who really believe in something. And I don’t doubt that they did but it didn’t necessarily sound like that when they were reading their scripts,” she said.

Wednesday marks day 19 of the partial shutdown. Republican senators and President Trump are scheduled to meet for lunch at the capitol. The President will then meet with a group of bipartisan congressional leaders at the White House.