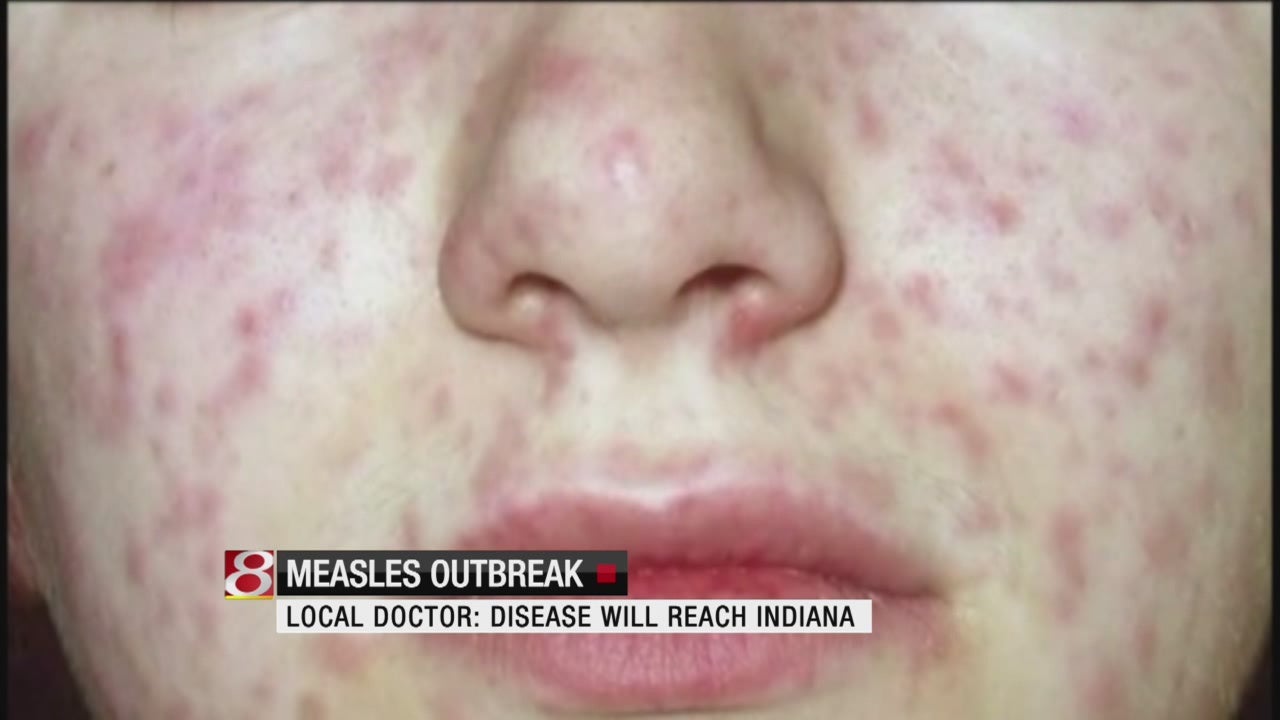 INDIANAPOLIS (WISH) – As the measles outbreak reaches more states, one local doctor says it is only a matter of time before it arrives in Indiana.

Doctors say the outbreak started at Disneyland in California and has now reached 14 states including Michigan and Illinois.

Dr. Christopher Belcher, medical director of Pediatric Infectious Diseases at Peyton Manning Children’s Hospital, told 24-Hour News 8 he believes measles will hit Indiana, whether it be from the Disneyland outbreak or someone bringing it in from outside the country.

Belcher said there are enough unvaccinated kids here, that someone will eventually catch the disease. He also added that Indiana is ready to handle it. There was one case of the measles last year, after someone caught it outside the United States.

Health officials say the best way to protect your kids against the disease is to make sure they are vaccinated. Belcher said because the disease is so contagious, simple hand washing or sanitizing will not work in combating it.

He said there’s not much parents can do, other than make sure your kids have the vaccine. Nine out of 10 unvaccinated people exposed to measles will contract the disease.

“It seems that people need to be afraid of something in life, they just need to be afraid of something. When a disease isn’t very common, then they get afraid of the vaccine, the side effects, perceived things and ‘what if this is causing a problem.’ I think what we’ll see now, is people are going to realize this is a bad disease, it’s very communicable. You can pick it up walking through Disneyland. This is why vaccines become a victim of their own success, when you eliminate a disease people are no longer afraid of the disease. (They) think it doesn’t exist anymore and then they want to stop vaccinating. They just come back when you do that,” said Belcher.

If you do believe you or your child may have measles, call your doctor immediately. Hospitals do not want you around other patients in the waiting room, so you’ll need to get special instructions from your doctor before you go visit the doctor.

For more information on the measles from the Centers for Disease Control and Prevention, click here.