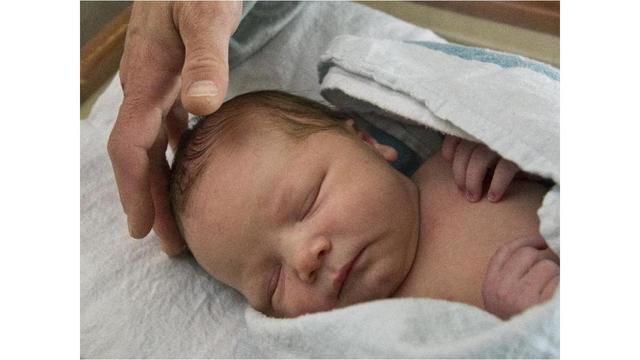 INDIANAPOLIS (WISH) — There may be more to consider when it comes to choosing the hospital where you’ll deliver a baby.

Some hospitals have what’s called a Baby-Friendly Hospital designation and that label could greatly impact your postpartum experience and baby. IU Health Methodist was the first in Indiana to earn it in 2002 and now the hospital has completed additional training and examination to earn it again. It’s timely on the heels of World Breastfeeding Week and as August is National Breastfeeding Month.

The designation means the hospital is consistent in providing information to help mothers learn the skills necessary to successfully initiate and continue breastfeeding their babies. In cases where patients have a medical indication or have made an informed decision to use formula, the safe preparation and feeding of formula is provided to mothers. That means all of the doctors, nurse, and staff are on the same page with the same mission for patients.

Kathy Raasch has been a nurse at Methodist for nearly 40 years and said the training and education through the Baby-Friendly Hospital Initiative has greatly increased breastfeeding success for moms under her care.

“Following a nurse and having to re-explain and not say ‘well, that previous nurse what she said was like totally wrong let me tell you the right way’… that doesn’t happen anymore, because we’re each teaching in the same manner. Like I said, we might use different words, but the goal is all the same and the patients have said the consistency is so much better,” Raasch said.

It’s all an effort to reduce infant mortality, but for Whitney Babbitt who just delivered at IU Health Methodist four months ago, the consistency from staff helped her gain confidence breastfeeding as a first-time mom.

“The fact that this hospital is baby-friendly was immediately apparent in the care that we received. So the lactation consultants were crucial from the beginning and the fact that we were allowed to have skin-to-skin contact. He didn’t get weighed, didn’t get washed for an hour, he was on me. We were given space and time to figure that out,” Babbitt said.

“Especially for first-time moms, it’s kind of the blind leading the blind. You’re both new to it and so that’s when having the support and that comes in various forms. It comes in the form of lactation consultants, other medical care professionals, your family, your partner all being supportive of the learning curve is really, really important, especially in those first days,” she said.