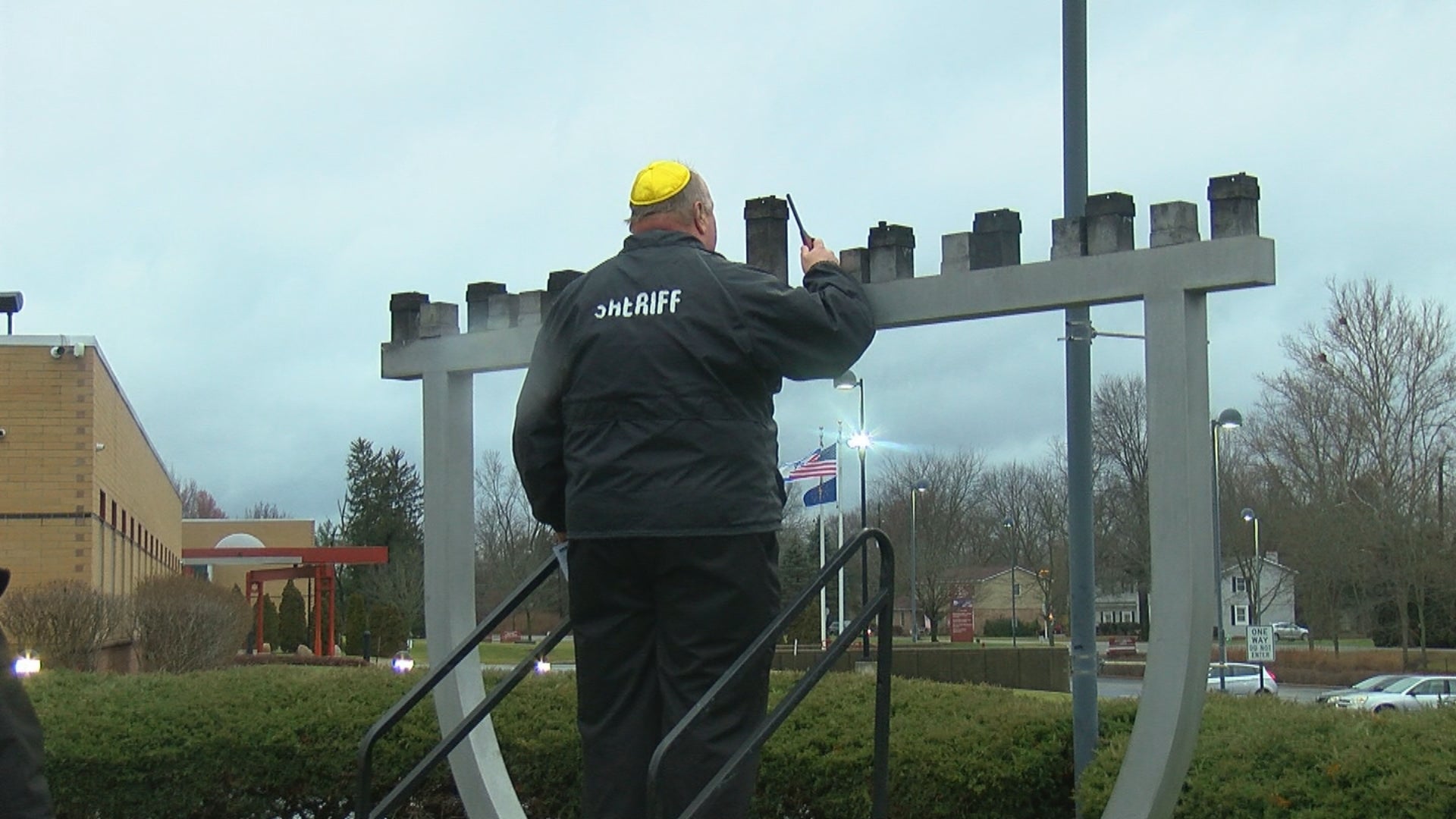 (WISH) — A man is facing attempted murder charges after police say he stabbed five people during a Hanukkah celebration.

Police say it happened at a rabbi’s home in New York where more than 100 people were gathered. Police are investigating it as a hate crime.

More than a dozen hate-related incidents have happened in New York against the Jewish community. The latest act of violence is affecting people in the Jewish community in Indianapolis. One group on the north side couldn’t help but acknowledge the growing hatred that has started to plague their religion.

On the final night of Hanukkah, people gathered at the Jewish Community Center in Indianapolis to light the final candle on the menorah. But before the celebration, rabbis leading the ceremony had to address the elephant in the room.

“It is a combination of rage and sadness for me. I don’t understand why people have to behave this way. There is absolutely no rational reason for it,” Rabbi Benjamin Sendrow said.

Some feel hatred and violent acts toward the Jewish community are on the rise.

David Skylar with the Jewish Community Relations Council, said, “Well, unfortunately it is something that we are becoming more accustomed to. You know we are seeing events like this take place all over the country.”

Lina Bar Zohar, an emissary with the Jewish Agency of Israel, “My parent’s family’s came from countries that hated the Jewish that is why they had to leave and come to Israel.”

Sendrow’s synagogue in Carmel was vandalized in 2018. He says the timing of the stabbing in New York could not have been worse. “Hanukkah is a holiday about religious freedom. Where is the religious freedom if you are under attack in your rabbi’s home?” he said.

While they feel a sense of community within their faith, some the New York tragedy and similar ones are harsh reminders.

“You know, there is a continual sense of sort of being on edge, fearfulness,” Sklar said.

Zohar said, “Sometimes when you go into Walmart or other places, I don’t want to mention names. You can feel a little racism.”

While lighting the final candle, the local leaders in the Jewish community say no senseless act of violence will break their faith.

Sklar said, “Ultimately, we are not going to let it drive us completely away from expressing our faith and doing it together as a community.”

Leaders of the local the Jewish community say their hope for the future is that people of different religions and beliefs can live together peacefully.