1 dead, 2 injured in south side crash 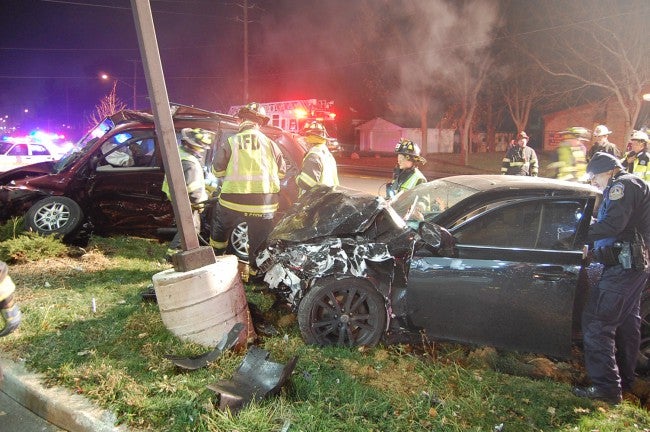 INDIANAPOLIS (WISH) — A man was killed and two other people were injured in a crash on the south side of Indianapolis Saturday evening.

The Indianapolis Fire Department says it happened around 8 p.m. at Shelby Street and Lawrence Avenue.

A Lexus car was reportedly traveling north on Shelby Street when it collided with a Dodge Grand Caravan traveling west on Lawrence Avenue.

A man in the Caravan was pronounced dead at the scene, according to IFD. His name has not been released.

Two men in the Lexus were taken to Sidney and Lois Eskenazi Hospital in serious condition.