1 dead after car, van collide on city’s east side 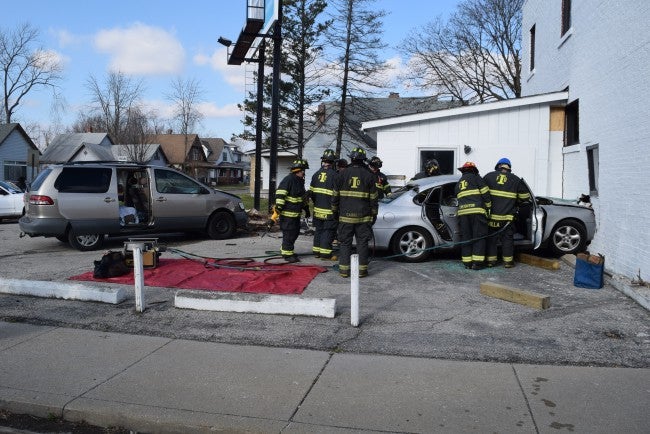 INDIANAPOLIS (WISH) – Indianapolis Metropolitan Police Department and emergency crews were at the scene of a fatal crash just east of downtown on Wednesday.

According to IMPD dispatchers, a car and van were involved in a crash and one of the vehicles went into a nearby building. The crash happened just after 1:30 p.m. along North Chester Avenue and East New York Street.

Police say a 2002 Silver Taurus and a 2001 Gold Toyota Sienna collided, and that one of the drivers of the vehicles died at the scene.

According to the Indianapolis Fire Department, the car with the deceased driver, the 2002 Taurus, had three passengers in the vehicle including a 72-year-old adult male and a 39-year-old female, and thee-year-old child. An adult female and two children ages five and three were inside the Toyota Sienna.

The 72-year-old driver of the Taurus was pronounced dead on scene.

The woman and the two children in the Sienna were taken to Sidney & Lois Eskenazi Hospital in good condition.

The woman and the child in the Taurus were transported to IU Health Methodist Hospital also in good condition.