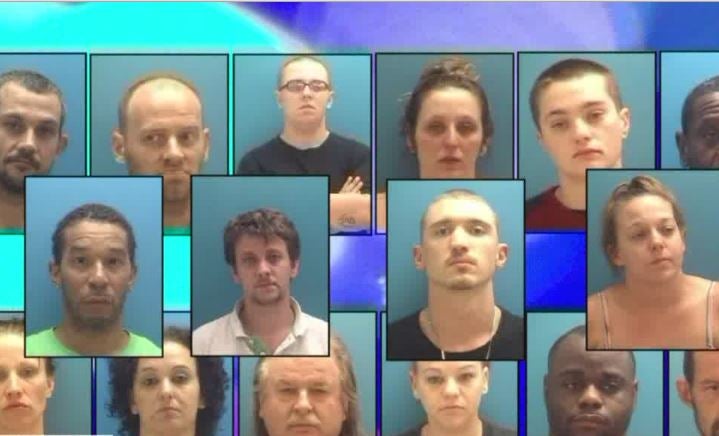 Shawn Barnes scrolled through all 18 mugshots Thursday and said he recognized four suspects from his block.

Barnes lives across the street from the house where police say 29-year-old Nicole Childers lived. Officers arrested her Monday for dealing heroin.

“That, to me, is absolutely disheartening and disgusting,” Barnes said. “When I think Columbus, I don’t think drugs. I think beautiful, quiet communities.”

Barnes’ neighbors say they’ve spotted needles in nearby alleys. Some folks say they’ve called the police more than once.

“I don’t even understand where these people get this stuff from,” Barnes said.

Leturgez once lived in a mobile home community on Glick Drive in Columbus, according to police.

Marsha Reynolds lives in the community on Glick, but she said she’s never heard of him. She said she’s keeping her eyes peeled.

“When I grew up, it wasn’t much. The worst was what? Marijuana and LSD. Now, it’s anything and everything.”

Police said they tracked down the 16 suspects with help not just from officers but from the public. If you know anything about the two wanted suspects, you can reach CPD at 812-376-2600.

The following people were arrested: