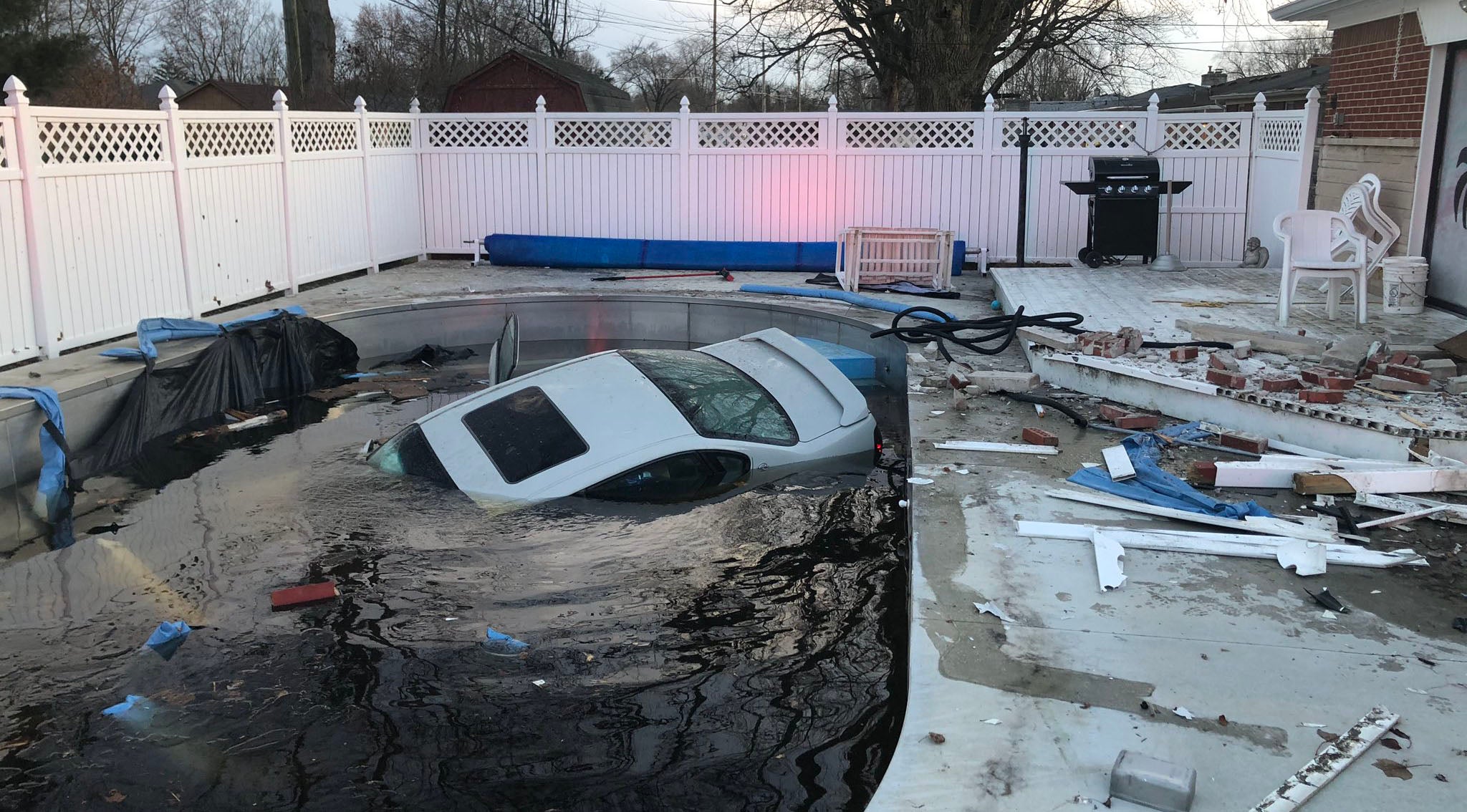 The crash was reported shortly before 4:55 p.m. at Simmons Street and West Oliver Avenue. That’s in a residential area southwest of U.S. 40 and Quaker Boulevard.

Brent Anderson, assistant chief with Plainfield Fire Territory, told News 8 that three people in the car that went into the pool were taken to the hospital for evaluation. There were no other injuries.

A wrecker with a lifting device was called to get the car out of the pool, Anderson said.