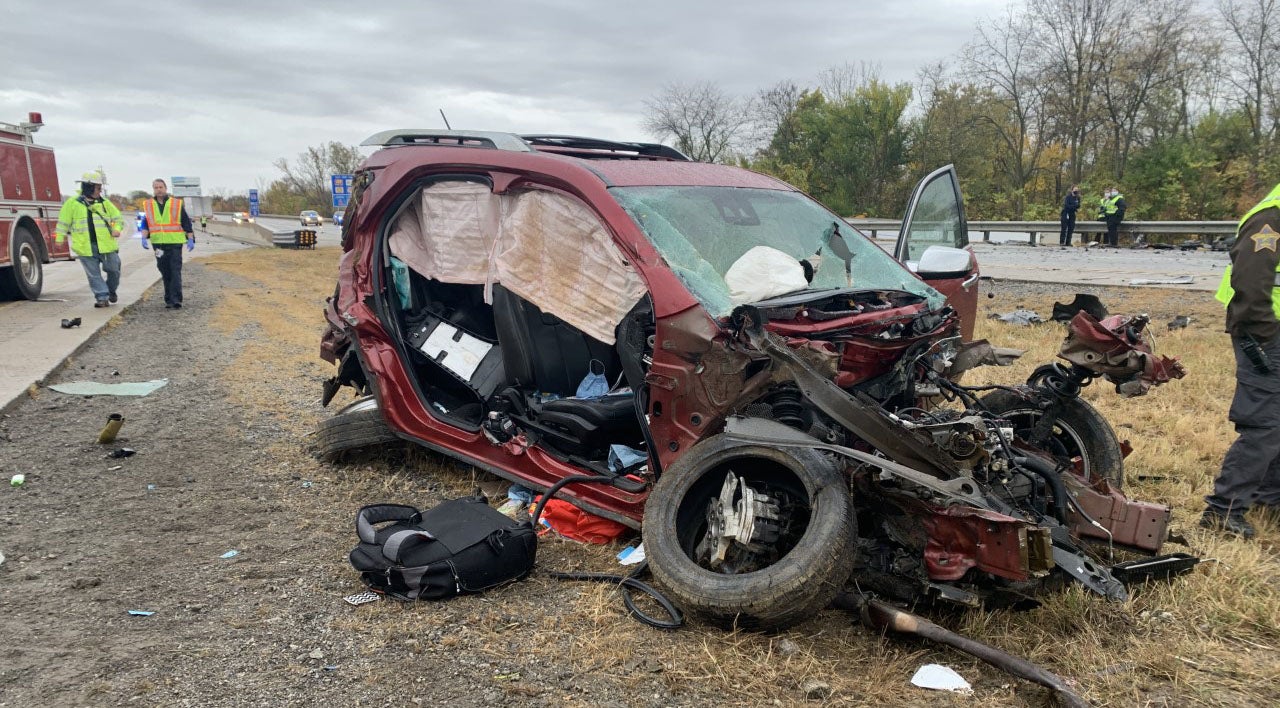 The fire department was sent shortly before 12:25 p.m. Thursday to the crash north of the State Road 32 exit in Lebanon.

The two people in the passenger vehicle were in critical condition at a St. Vincent hospital.

No one in the vehicles was identified in the news release from Casey Samson, public information officer for the fire department.

A Boone County team that examines fatal crashes as well as the Indiana State Police are investigating. State police said in a news release that both people in the passenger vehicle were wearing seatbelts.

Both the northbound and southbound lanes of I-65 were restricted or closed until approximately 6:30 p.m.