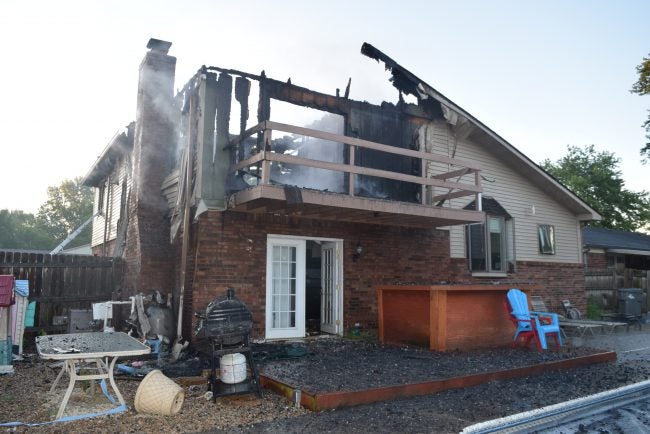 INDIANAPOLIS (WISH) – Three cats were killed in an early morning fire on the city’s south side.

According to the Indianapolis Fire Department, the fire occurred at two-story residence in the 4700 block of Whirlaway Drive just after 6 a.m. Saturday.

The first crews arrived on scene minutes after receiving the call.  Upon arrival heavy fire was visible from the structure.

Crews were able to get the fire under control just before 6:30 a.m.

Three cats did die as a result of the fire, another cat was rescued by firefighters.  The neighbors then took that feline to the vet.

A firefighter was slightly injured, treated on the scene and then released.

The homeowners were not home at the time of the fire.