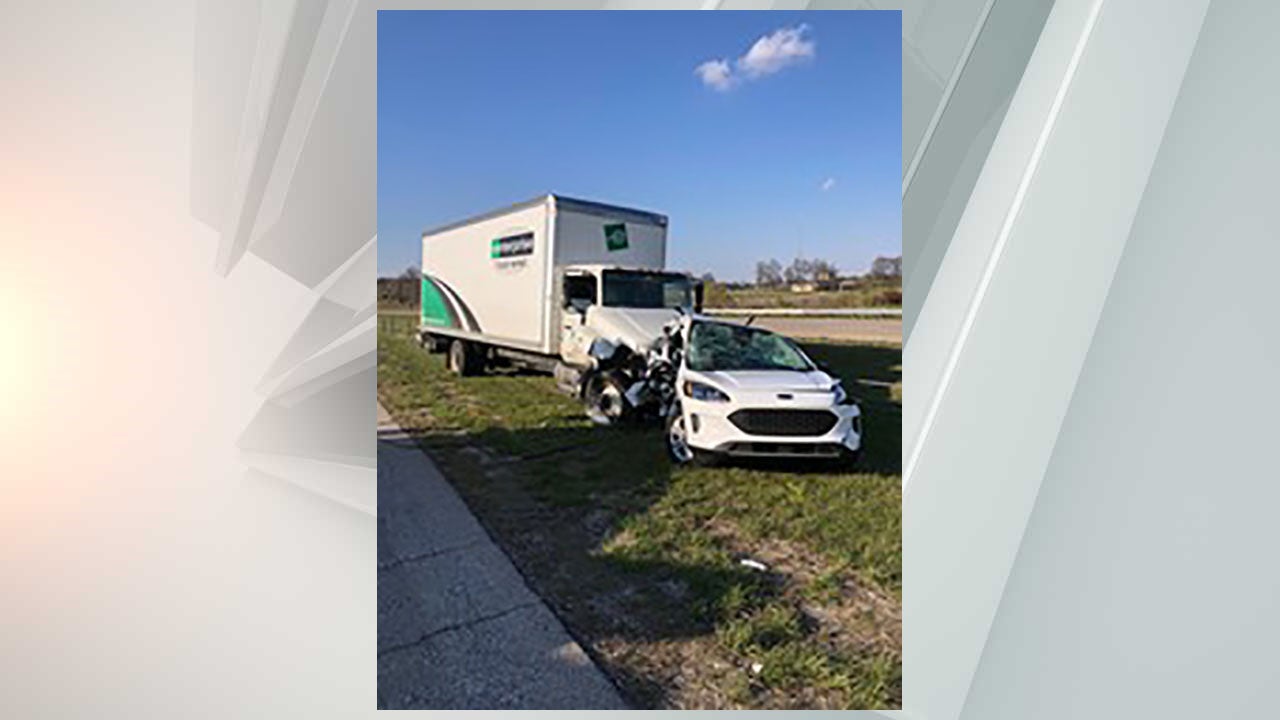 GAS CITY, Ind. (WISH) — A 22-year-old from Marion received life-threatening injuries in a crash on I-69 on Thursday afternoon, Indiana State Police said.

Southbound traffic was backed up in a construction zone shortly after 3:50 p.m. Thursday when a box truck rear-ended a sport-utility vehicle, which went into an adjacent lane and hit a truck and a car. The crash happened just beyond the southbound exit for U.S. 35 and State Road 22 at Gas City, a Grant County community about 45 miles northeast of Indianapolis.

Chase Foreman, 22, of Marion, was driving the 2020 Ford Escape SUV. He was flown to a Fort Wayne hospital with injuries believed to be life-threatening.

Brandon Folgers, 26, of Anderson, was driving the 2018 Chevrolet Silverado truck. He was taken to a Marion hospital with injuries not believed to be life-threatening.

Pommer and Moore were taken to local hospitals for medical checks. They had bruises and cuts from the crash.

The crash caused traffic to back up as far north as the Marion exit for several hours. Southbound traffic had to exit at Gas City and then take the return ramp to I-69.

State police said they have not completed their investigation, but do not believe alcohol or narcotics contributed to the crash.