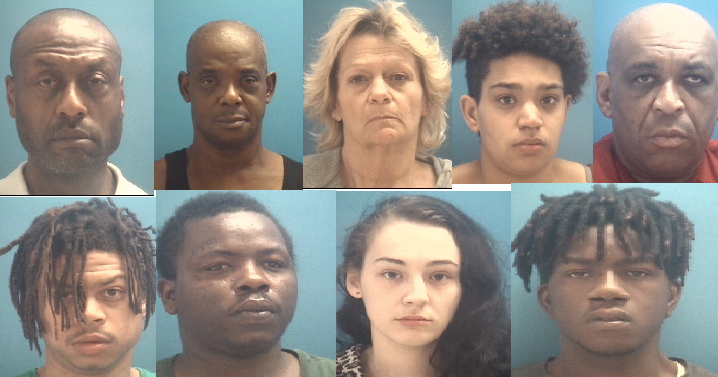 According to the Columbus Police Department, a vehicle occupied by 53-year-old Michael Coleman and 55-year-old Philip Brantley was stopped. During the traffic stop, both a rifle and drugs were found inside the car.

After the traffic stop, a search warrant was obtained for and subsequently carried out at Coleman’s apartment at 1026 Chestnut Street on Monday, just before midnight. A number of items were found during the search, including drug paraphernalia, a handgun, heroin and approximately 20 grams of marijuana.

Also, seven people were inside the apartment at the time, all taken into custody.

The following people nine people were arrested in the case and face a number of preliminary drug and weapons-related charges:

All nine individuals were transported to the Bartholomew County Jail.