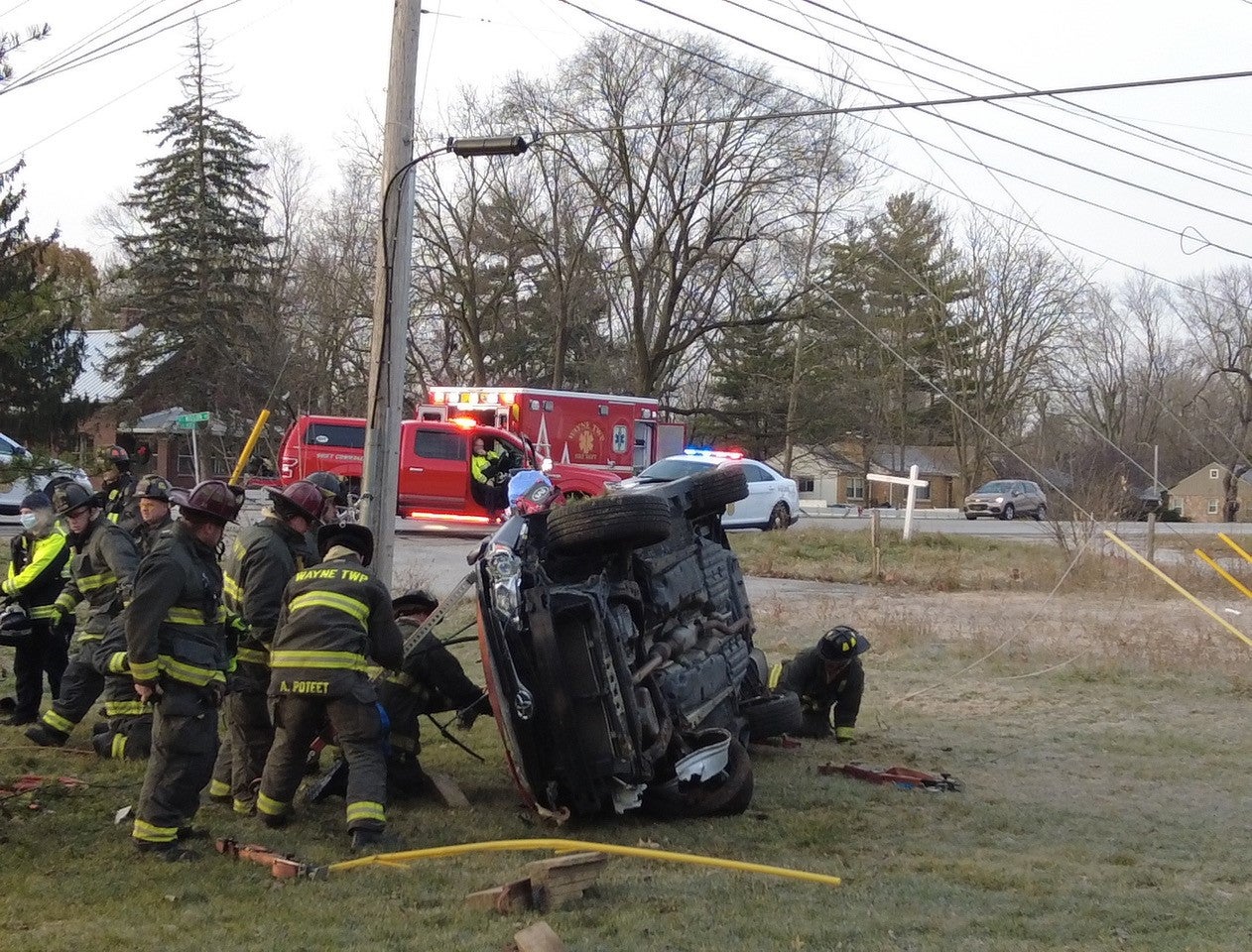 UPDATE: The victim has been identified as 52-year-old Adekemi Bamidele.

INDIANAPOLIS (WISH) — Police and fire crews are investigating a fatal crash on the west side of the city on Tuesday morning.

The crash involved one vehicle in the 6300 block of Rockville Road.

The Wayne Township Fire Department estimates that the accident occurred around 8:45 a.m. but went unnoticed until it was reported at 8:58 a.m.

The department will not release the identity of the driver until after family members are contacted.

Traffic restrictions are in place in the area as the investigation continues.