Backyard dig yields nothing, homeowner fed up with Amiah Robertson search on his property 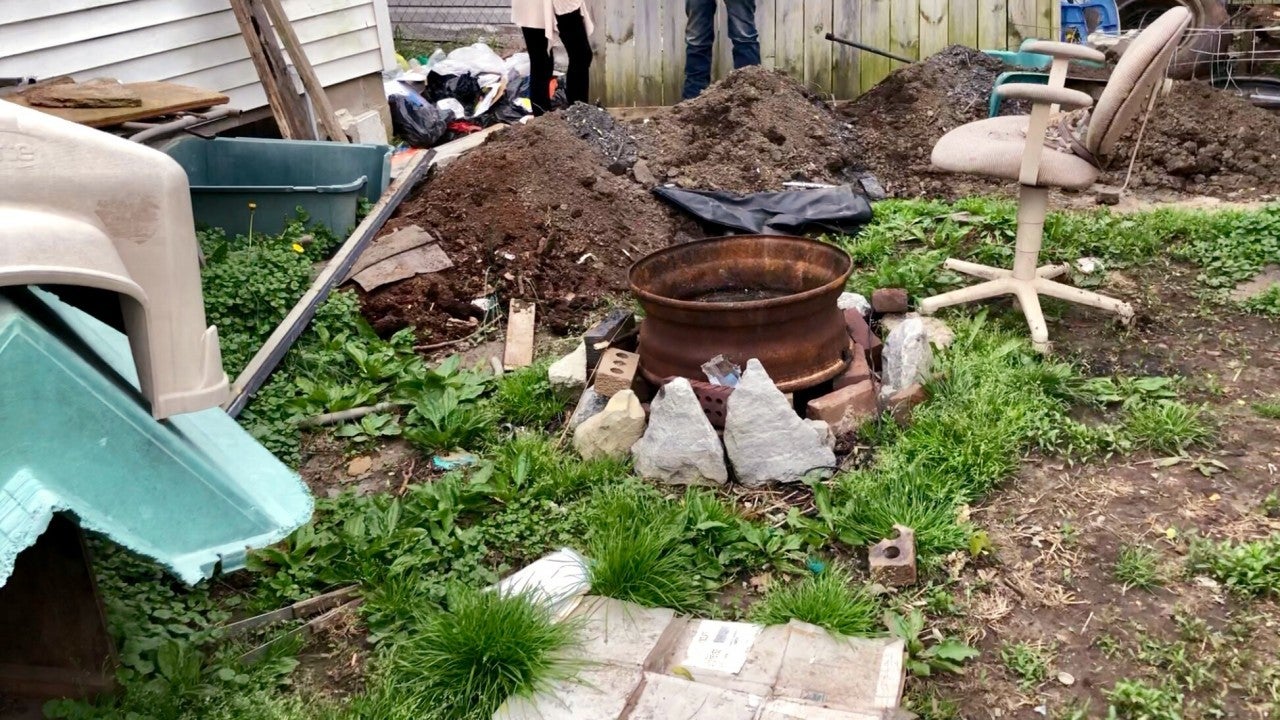 INDIANAPOLIS (WISH) — The man whose west side home was searched at least three times by police in connection with missing 8-month-old Amiah Robertson said he felt alienated from neighbors and frustrated with detectives’ continued focus on his family.

“This place has turned into a circus,” Barry Browning said Wednesday in an exclusive interview with News 8.

He and his wife, Jeanette Browning, stayed in a motel after police served a search warrant Monday at their home in the 200 block of South Holmes Ave.

Authorities dug a nearly foot-deep trench in their backyard with a team of forensic anthropologists from the University of Indianapolis but said they “found nothing” linked to the missing baby.

Amiah was last seen alive at the Brownings’ address before her family reported her missing in March, according to detectives.

“My wife (met Amiah) for the first time at the end of February,” he said. “I saw that little girl one time.”

Jeanette Browning retained an attorney and declined to comment on camera.

Authorities identified Lyons as a suspect in the Amiah Robertson homicide investigation, and noted his relationship with Jeanette Browning in charging documents from an unrelated theft and forgery case.

Lyons wrote Browning’s phone number on two fraudulent checks, according to a probable cause affidavit dated April 17. The document described her as “one of Lyons’ friends.”

Barry said his wife had known Lyons “for years” but maintained they knew nothing about Amiah’s disappearance and suspected death.

“I try to live a nice, quiet life,” he told News 8. “(This investigation) is probably going to force us to move because people are calling my wife a ‘child killer.’”

Detectives searched the Brownings’ house, yard, trash and digital devices. Officials were unable to confirm if evidence was found on cell phones used by Barry, Jeanette and their son Andrew. The three phones were returned, according to the family.

The April 29 search warrant Barry said police presented him prior to their hourslong dig has no location or specific items listed.

“I have no idea why they were looking over there,” he said Wednesday, pointing to the corner of his backyard where police and forensic specialists had carved out a Pi-shaped ditch. “It was a circus out here when they were digging. The side street was full of people. People were standing on their vans to look.”

Detectives didn’t dig deep — or far — enough to disturb the only remains Barry said he had buried in the yard.

His beloved Rottweiler, Yogi, was laid to rest underneath a rock approximately 6 feet from the dig site.