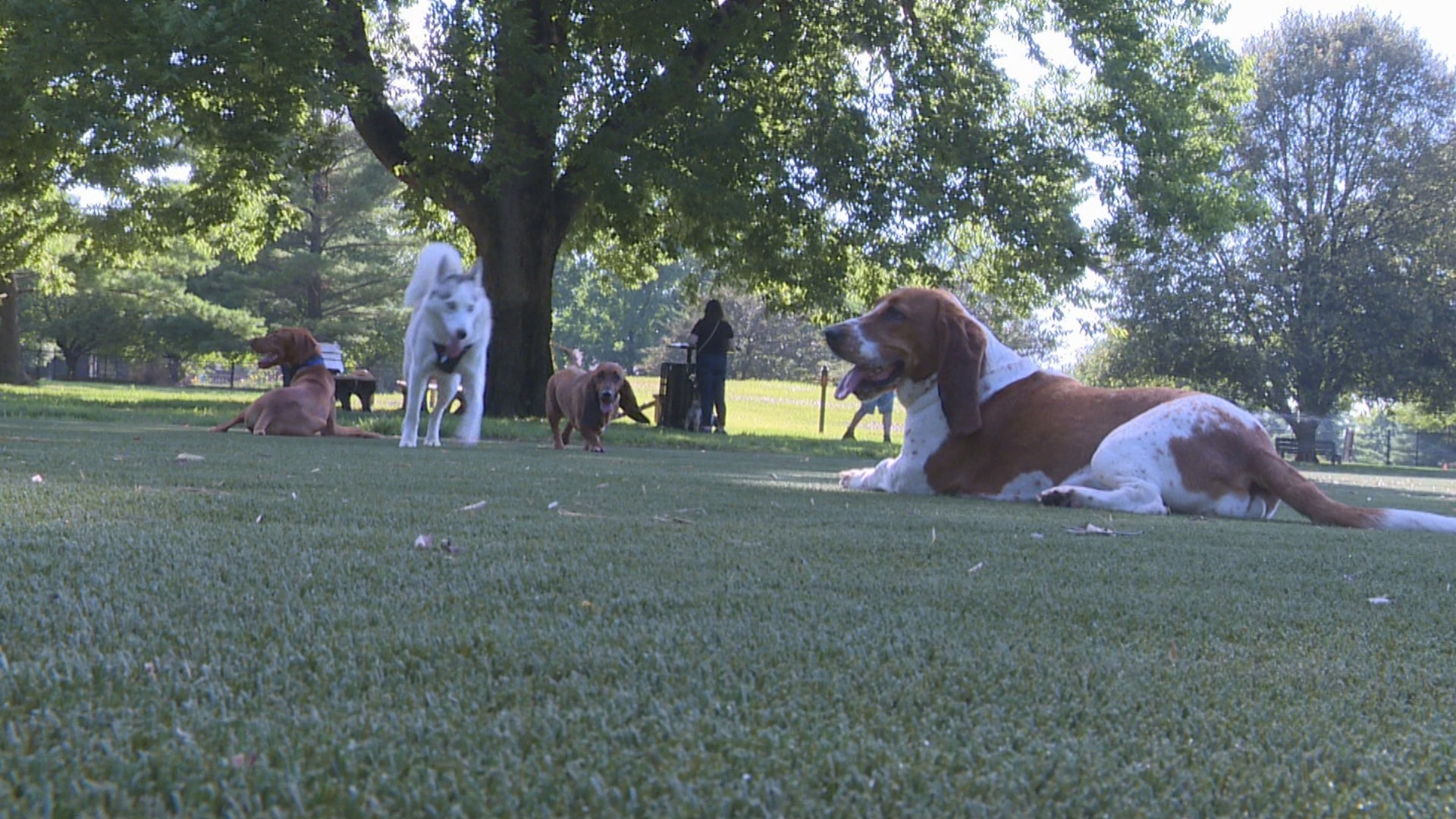 INDIANAPOLIS (WISH) — In the middle of the dog days of summer, hundreds of pet owners were rejoicing Friday.

After months of waiting and hundreds of thousands of dollars in spending, Broad Ripple’s Dog Park is officially open.

There’s a new covered pavilion with picnic tables and a dog washing station. Most importantly, artificial turf everyone hopes keep the park from turning into a field of mud.

“Oh, my gosh, the dog park is so nice. We are so excited about it,” she said. “I’m not sure who is more excited, the dogs or the people taking the dogs here.”

Even on the hottest days of the year, pooches need to play.

Despite the name, this is not just a dog park.

For many who live around here, where small yards are the norm, it’s a daily ritual. That means they are on a first-name basis with many of the dog park members and their pooches.

Amanda Garrison and her dog Rusty are fixtures.

“It’s more work for us to not come to the dog park and work him out at home than it is to spend an hour of our lives here every day,” Garrison said.

That’s why each new amenity gives a reason to celebrate.

There’s a shelter with picnic tables to give protection from the rain and sun. A dog washing station helps, especially after a dip in the nearby White River. A new water fountain serves two-legged and four-legged members. Even few man-made hills give variety to the landscaping.

After 20 years of operation and with about 700 members, growing grass just was not possible so artificial turf was required.

“This is a dog neighborhood that they also love their pets,” she said.

But when you take a long look at all the pets having fun, it’s clear they love this place, too.

The original plan was to open at the beginning of the month, but weather set them back.

An annual pooch pass costs $75 dollars a year, but now that we’re in July, it is discounted to $55. You can also buy a daily pass for $5.