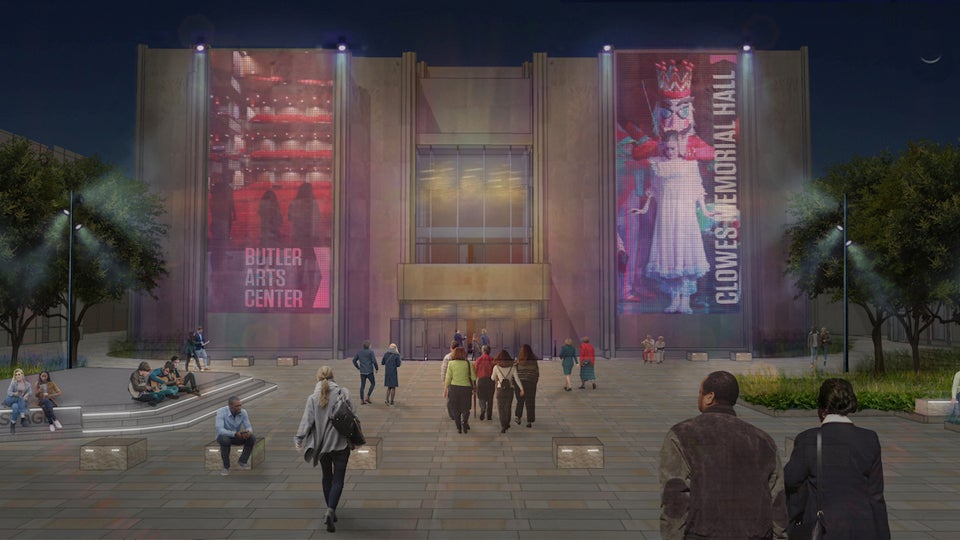 INDIANAPOLIS (Inside INdiana Business) — Clowes Memorial Hall at Butler University is preparing for a major redesign of its main entrance and façade. The project is part of a larger plan to enhance and remodel the exterior plaza of the venue, which was built in 1963.

The university has received a $1 million grant from the Allen Whitehill Clowes Charitable Foundation to support the modernization of the performing arts center.

Butler says the new design will remove the current existing wall between the box office and the lobby, increasing the lobby space by 12 feet.

Plans also include the addition of new metal detectors from four to 10, which will help get visitors for major events into the venue quicker.

“I think the biggest complaints we have heard from visitors when they have come here in the past is how long it takes to get into the building, or that intermissions have been a pain to try to move through the lobby to get to the restrooms,” said Aaron Hurt, executive director of the Butler Arts & Events Center. “Ease of getting into the building in a safe way and flow once you’re inside will all be vastly improved by this redesign, and I think that’s really going to improve the experience a lot for our guests.”

Hurt says the new entryway is the first phase of a larger plan to redesign the entire exterior plaza of the venue to be more secure and functional.

The new plaza will be paved with a small outdoor stage for hosting pre-show events, outdoor concerts, and student gatherings.

Butler says construction on the entryway project will begin May 1 and should be complete by the time students return to campus at the end of August.