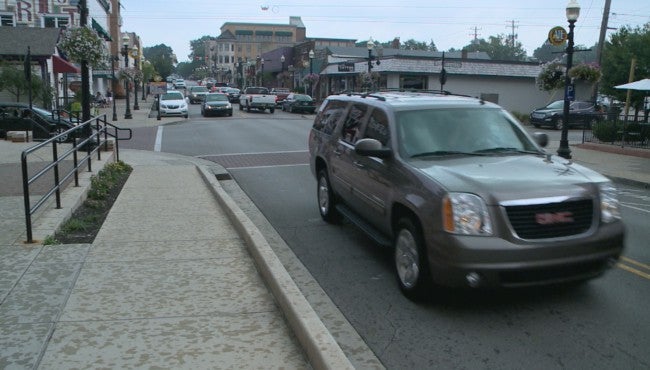 CARMEL, Ind. (WISH) – Following concerns from the state debate on religious freedom, one Indiana city is about to take a stand against discrimination.

Greek’s Pizzeria employees in Carmel were busy Monday. Something they hope continues after city leaders announced Monday plans to enact an anti-discrimination ordinance.

“It makes for better business,” Greek’s Pizzeria manager Cody Marowski said. “It brings in more diverse groups into the city of Carmel, which not only helps us, the smaller business, but even the larger business.”

Next week, city council will discuss the proposal. It would prevent any store from denying service to anyone based on a number of things including age, race and sexual orientation.

If passed, businesses face a $500-per-day penalty if they don’t follow it. There are some exemptions, including clubs exclusively for fraternal or religious purposes, social clubs not open to the public or religious worship.

City leaders say they’re not aware of any complaints of discrimination, however, they want this in place to let current and future business owners know, those types of actions won’t be tolerated within the city.

“I’ve heard from businesses here that they’re having trouble recruiting, especially last spring we heard from out-of-state businesses, they weren’t interested in talking to us,” Carmel Mayor Jim Brainard said.

Now some hope they would be interested, and keep the pizzas flowing out the door.

“I think it’s awesome for them to say, ‘Hey we’re going to do this,’ and hopefully everybody else will follow suit, and take the same stance,” Marowski said.

Carmel leaders will discuss the proposal next Monday. It could pass then, but if not, leaders expect it to be adopted by early September.