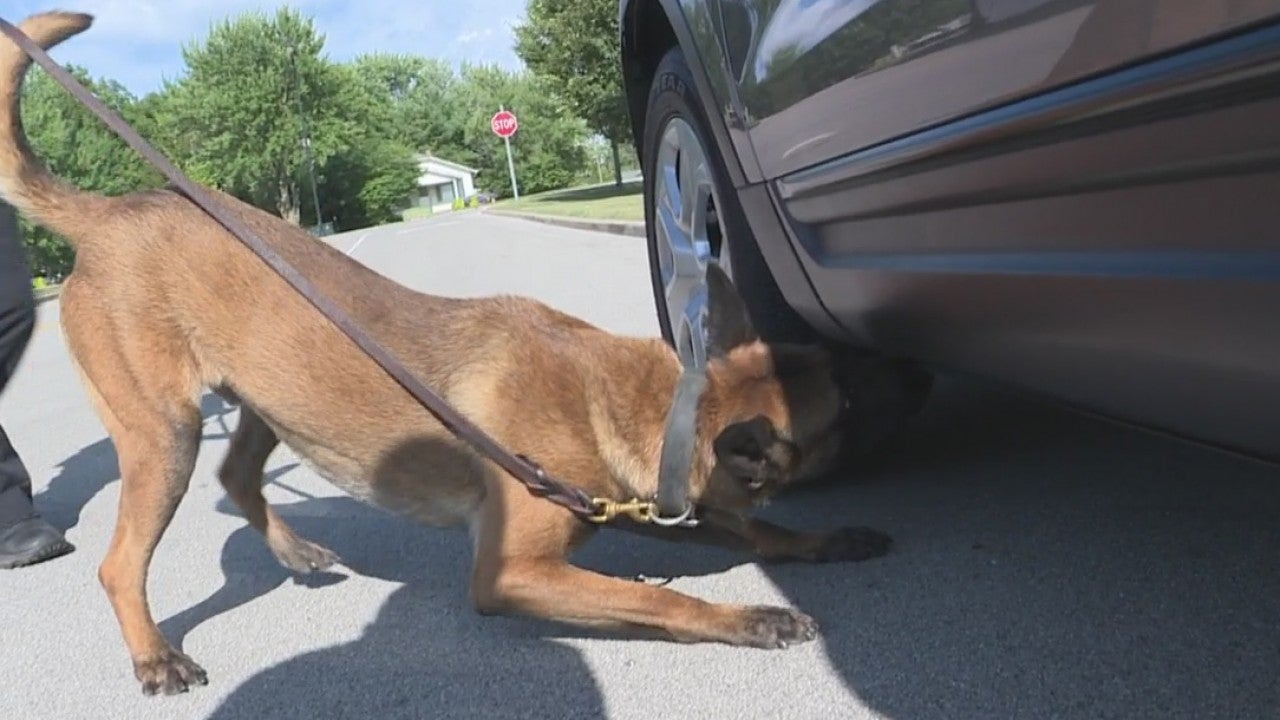 CARMEL, Ind. (WISH) — There’s a new life-saving device in the hands of police, one they hope they never have to use.

Officers tell News 8 the Narcan sprayers could be the difference between life and death for K-9 officers.

About two months ago, a K-9 in St. Louis needed Narcan to reverse the effects of an overdose.

Police in Carmel hope they never have to do the same. But since the epidemic really picked up, they’re being extra cautious.

Officer Katy Malloy puts her own life on the line every time she gets out of the car; there’s another tool in her uniform.

She now carries a special pack of Narcan, not for her, but her K-9, Axl, who faces danger whenever he sticks his nose out.

“It could be the difference between life and death to get the necessary vet care we need,” said Malloy.

That’s what can be so dangerous — just a few grains of fentanyl enough to make a person overdose. But a dog metabolizes it even faster.

“That type of exposure is so quick, it doesn’t take much to cause death,” said Malloy.

That’s why about five years ago, she stopped having her K-9 go inside a vehicle to sniff out drugs, except in the most rare of circumstances.

She said the danger of exposure to unknown substances is too great since fentanyl became more popular.

Axl is so good at his job he doesn’t need to go inside to know there’s something inside.

“If the dog does not have to put himself at further risk, then I’m not going to put him there,” said Malloy.

The free gift of Narcan comes from a group called Vested Interest in K9s, a nonprofit from Massachusetts.

Each pack comes with two sprayers because dogs need a double dose.

Since Axl is with Malloy all the time, both on-duty and off, she hopes she can be there for him.

The reward at the end of a job well done should be a chew toy, not Narcan.

“Something that we have that we hope we never have to use,” said Malloy. “These are partners. These are animals we would do anything for. Having Narcan is just another way that we can care for them and make sure they are safe in the job that they’re doing for us.”

If something were to happen to a K-9, it would be no small matter. They are highly trained and expensive to replace.

Malloy said, at minimum, it’s a $12,000 price tag, which is why the free Narcan kits may not just life-saving but money-saving tools too.